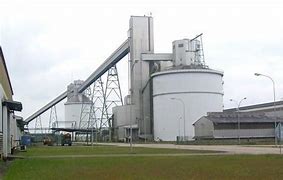 “I am the greatest obstacle to my greatest dreams.”

With the proximity of this plant to neighboring African countries around the Gulf of Guinea like Ghana, Togo, Benin, Cameroon, Equatorial Guinea, Gabon, Sao Tome, it can be easily seen that this plant would be an economic booster to Nigeria.

Nigeria’s financial loss to the controversy

However with the current market price of about US$2,108 per metric ton according to Statista, the plant will be generating a minimum of US$406,844,000 per year, and with a good well structured and business inclined management, the company is capable of generating about a billion dollars annually in the very near future. Sadly, since this bid happened 16 years ago, Nigeria has not generated a dime from ALSCON, thereby defeating the sole essence of the bid process.

The controversy that has surrounded and grounded the activities of this huge economic infrastructure is preposterous, unimaginable for an economy begging for investments and could at best be described as a self-inflicted economic sabotage.

Nigeria goes cap in hand to china, IMF, world Bank, Paris Club and any other institution or country that has capacity to spare a loan, while it continues to systemically and instalmentally destroy its money-generating infrastructures. How can this ever be rationalized?

A brief history of the controversy

In 2005, the senate committee on commercialization and privatization issued an order rebuking the presidency for revoking the bid and selling to the Russians at a reduced price, and described the conduct of the presidency as “fraud and corruption against the nation”

The House of Representatives issued another order in 2015 demanding that the Share Purchase Agreement, SPA, which is the bone of contention, should be handed over to the BFIG with all the 17 annexures included in it. In all the BFIG says it has four orders of the national assembly in its favour and saying almost the same thing, why isn’t anyone listening for sixteen years?

Sixteen years of litigation has gone by between the Bureau of Public Enterprise, BPE, and the preferred winner of the bid, the BFI Group, with all the courts of the land, including the Supreme Court sticking to one narrative, which is that the BPE should hand over all relevant and necessary documents to the BFIG, which must include the annexures in order for the group to effect the 10 percent payment according to the laws.

Now, how difficult could it be to obey the rule of law, which governs every normal society? This writer has sighted several documents including court judgments, which alludes to the fact that there is a duly orchestrated strategy to undermine the judiciary of this country and bring it to ridicule before every prospective investors around the world, thereby undermining the national economy of this great nation.

Currently, Nigeria is ranking in the negative on all developmental indices. With over 10 million out of school children scattered all over the country. Also ranking as the “poverty capital of the world, it is said that if the country is unable to change its current trajectory, it will be home to 110 million people living in extreme poverty by the year 2030, as against the 90 million people currently in that state of life.

How can a country with such liability amidst infrastructure deficits afford to treat foreign investors who are here to help lift its economy with such disdain and wickedness? What message does this protracted anomaly send to the international community, investor nations and organizations and even to us as a nation?

Now the plant, which was at 30 percent production capacity, is currently down to a paltry 5 percent. The staff strength, which was over 800 about 15 years ago, is now abysmally down to less than 30 people. A company that was valued at about US$1.5 billion has been devalued to around US$100 million dollars according to the KPMG audited financial reports.

This group is not just an American group with interest in treating a Nigerian infrastructure as the Russians currently do, but a Nigerian professional leads it with deep roots to this country, as the great grandson of the famous king Jaja of Opobo Kingdom in present day Rivers state and with very towering global attainments, especially in the United States of America where he worked with several organizations including the United States federal reserve Bank. e was a lead banking law enforcement participant on various delegations including the U.S. Financial Institution Experts delegation to the Republics of Russia and Hungary.

The gentleman is an asset to Nigeria if only we can recognize one when we see it, and his biggest problem is probably his inability to transact business in the Nigerian. When asked he has said severally that the Group is guided by the foreign corrupt Practices Act of the United States.

After seeing several interviews granted by the president of the BFI group, Dr. Reuben Jaja, including the one he had on the Energie Platform radio show, it does not only leaves much to be desired, but makes it very difficult to decipher how we intentionally shoot ourselves in the foot by making very simple issues become so knotty and difficult.

There is a Supreme Court Judgment issued and written in English. The judgment was very clear, and one wonders how such a judgment can be so flagrantly disregarded by an agency of government without any form of reprimand or call to order? Either by the presidency or the Attorney General of the federation, especially as the agency in question, the BPE, is under the presidency.  This sad development can only tarnish the country’s image before the international community and prospective investor nations and organizations if allowed to continue unchecked.

The President of the BFIG made it clear on national television with documents to show, that he and his group have always been ready and willing to pay for this plant as stipulated by law, all they seek from the BPE is the sixteen page share purchase agreement, SPA with the 17 annexures inclusive as directed by the courts, and the moment this duly signed document is handed to the group, they will proceed to comply with the stipulated 2 weeks for payment.

It is worthy of note that this exact scenario played out in Ajaokuta steel plant when the Indian company, GINL was in charge of the plant. It is on record that the villagers accosted the officials of the company while attempting to cart away assets of the steel plant.

The questions now begging for answers are: what is the offence of the BFIG after it paid the requisite US$1 million expression of interest fee and went ahead to win the bid?

Why is it so difficult to hand over the requested documents even after the pronouncement of the Supreme Court of Nigeria, which is final on all litigations and cannot be appealed?

Could this be the case in a true democracy and in an egalitarian society?

Who is afraid of the BFIG? What does this say about our integrity as a nation?

If the BPE is right and justified in this case, why will the federal High court Abuja commit the Director General of the BPE, Mr. Alex Okoh to a 30-days jail sentence in December of 2019 for failing to comply with the supreme court judgment?

What is the supposed role of the National Assembly in this case of gross economic sabotage on the nation?

What is the role of the presidency, the Inspector General of police, and the Attorney General of the federation and minister of justice under whose watch a unanimous judgment of the Supreme Court is being so flagrantly disobeyed and disregarded by an agency of government?

Nigeria’s past experiences with notable investors

This attitude to foreign investors, especially the ones we invite into our country for economic reasons must stop for image sake, and for the sake of all we hold dear as a nation.

Since the return to civil rule about 20 years ago, Nigeria has had some very sad, but notable experiences with foreign investors, which has not been helpful to our image as a nation.

First it was Sir Richard Branson and the Virgin group, which entered into a partnership with the country to form the Virgin Nigeria Airline, his views about Nigeria after the crash of this partnership is quite sad and a very terrible blow to the Nigerian brand.

We also recall the Ajaokuta steel plant controversy.  A major economic booster for Nigeria, which was allowed to rot away even at 98 percent completion. We gave it to the Indian company, GINL, but of course, it also landed in the courts for litigation, even as the federal government seems to be at the receiving end, begging for renegotiations and out of court settlement, as the state of the plant remains moribund!

Very recently, the case of P&ID emerged and has continued to embarrass Nigeria internationally as that supposed economically viable partnership has also gone up in flames and gone from arbitration to litigation in far away United Kingdom.

Now, we have the BFIG in our courts for sixteen whole years. That is a lifetime! It is enough time to revamp and rebuild the entire infrastructure of Nigeria. What sort of nation are we building? Can we really lay claim to a civil society if court orders are shabbily treated with this sort of flagrant disregard even for a judgment of the highest court of the land?

I seize this opportunity and moment to call on Mr. President, the National Assembly and the inspector General of Police, The Attorney General and minister of Justice to grant this issue the attention that it deserves and require. It is a case of monumental national importance, as the image and integrity of our nation is on the line.

Yemie ADEOYE is the Executive Producer of the Energie Platform radio show, and publisher of Biztellers.com.ng. He writes from Lagos.