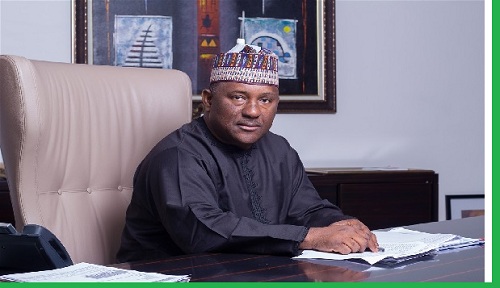 BUA Group has reacted to the Dangote Group’s claim that it owned the mining sites in Obu, Okpella in Edo State, saying it is an attempt to disparage the court on the pages of newspapers.

It described as untrue and laden with fraught misrepresentations the media publication by Dangote Group that BUA misinterpreted the fact about a pending court case.

“Dangote in its hurry to twist facts, failed to justify the alleged misinterpretation in its publication but stylishly stated that it has appealed the judgement whilst accepting the recent court order which granted BUA the right to peaceful possession and operations of three of its mining sites in Obu, Okpella in Edo State.

“In the said publication by Dangote Group, it was alleged that the initial publication of the BUA Group was riddled with misrepresentations and deliberate distortions of facts. We however note that the Dangote Group failed to identify any specific fact, which was distorted.

“ Whilst we consider this attempt to disparage the court on the pages of print media as an affront, we shall not be joining issues with the Dangote Group, as we are of the view that the court can protect itself and DIL reserves the right to appeal the decision of the court,’’ BUA said in statement by Mr O’tega, Group Head, Corporate Communications and obtained by Persecondnews.

The Dangote Group also questioned the right of BUA to institute the BUA fundamental right suit on the basis that it was a clear abuse of court process as there are two other pending suits – the BUA suit and suit No. FHC/B/CS/74/2016: Dangote Industries Limited & Anor. v. BUA International Limited &Ors (“Dangote Suit”).

BUA noted with dismay Dangote Group’s use of the Police to disrupt its operations done brazenly after DIL had applied to court for a restraining order against BUA in suit no. FHC/B/CS/74/2016 which was granted ex parte, but set aside by the Court upon a robust challenge by BUA.

“Interestingly, the Dangote Group did not deny resorting to self-help in its publication. It is our contention that no one should be above the law, no matter how highly placed, powerful or influential as the rule of law is the pillar and foundation of any democracy.

BUA dismissed claims by Dangote that it was granted mining lease by the Governor of Edo State, pointing out that the authority to grant a mining licence resides with the Federal Ministry of Mines and Steel Development through the Nigeria Mining Cadastre Office which granted the BUA licences.

BUA also dismissed Dangote’s claim to BUA’s mining sites in Edo as absurd and frivolous as Dangote’s mining licence was granted under Kogi State while BUA licences and mining sites respectively cover and are located in Obu, Okpella in Edo State.

The statement said: “With respect to the Dangote Group’s interpretation of the consequence of its Appeal of the decision of the Court, it is trite law that an appeal does not amount to a stay of execution and the Dangote Group is only being mischievous by suggesting that BUA is refrained from taking benefit of the judgment which was in BUA’s favour.

“BUA Group will not join issues with Dangote as the intention of its publication was to inform its shareholders and other stakeholders of the judgment of the Federal High Court which granted BUA’s and not commence a media trial.

“Whilst we consider this attempt to disparage the Court on the pages of print media as an affront, we shall not be joining issues with the Dangote Group, as we are of the view that the Court can protect itself and DIL reserves the right to appeal the decision of the Court.

“Paradoxically, the Dangote Group’s publication was fraught with untrue statements, which it touted as the facts of the matter in an attempt to misinform the general public. 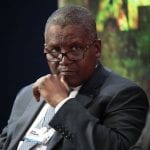 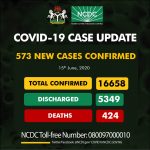