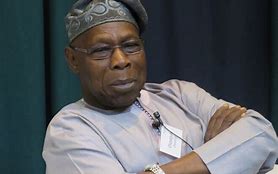 Unimpressed by the insistence of the U.S. on an independent investigation into some allegations against the President of African Development Bank (AfDB), Dr Akinwunmi Adesina, former President Olusegun Obasanjo has cried foul over the call, saying it is extraneous to the bank’s system and protocol.

“It is outside of the rules, laws, procedures and governance systems of the bank.

According to Obasanjo, the clearance already granted Akinwunmi, who he said, had performed creditably by the laid down institutions should have laid the matter to rest.

Persecondnews recalls that the US Treasury Secretary had called for an “independent investigation’’ into the 16 allegations after Adesina, who is seeking reelection next month, was cleared by the Ethics Committee of the Board of Director and Chairman of the Board of the Governors of the bank.

Obasanjo, who queried the rationale behind U.S. insistence for another probe, wrote: “The US treasury secretary disparaged the bank and ridiculed the entire governance system of the bank which has been in place since 1964.

“This is unprecedented in the annals of the African Development Bank Group.

“It is critical to emphasize the need for the AfDB to remain an `African-focused development bank’ rather than one which serves interests outside Africa.’’

Nigeria’s former President said since the U.S. Government, through the Treasury Secretary, had written a public letter (that was also distributed to the Press globally) to disagree with the conclusions of the bank’s Ethics Committee of the Board of Directors and the Chairman of the Board of Governors, African leaders should speak against it publicly and collectively.

“I propose that we all collectively issue a press statement to support the laid down procedures embarked upon to evaluate the allegations against the President of the bank and to recommend that the Board of Governors as well as the Ethics Committee of the banks should firmly stand by their process and its outcome.

“We should speak against the introduction of alien practices being recommended by some parties given that such recommendation falls outside the laid down procedure, laws and rules and regulations of the bank,’’ Obasanjo, a retired Army General and Head of State (19976-79), said.

Obasanjo said under Adesina, the AFDB had witnessed unprecedented growth and doubled its capital base from $93bn when he took over in 2015, to $208 billion today, adding Adesina has also ensured that the bank maintained its AAA credit rating.

Obasanjo wondered: “ Despite these achievements and impressive leadership for the bank and passion for Africa’s faster-paced development and his clear endorsement by all of African countries for re-election for his second term, there are some attempts, led by some non-regional member countries of the bank to frustrate his re-election.

“At issue are some allegations made by some whistleblowers that alleged that Dr Adesina violated Code of Ethics as President. Dr Adesina strongly denied the allegations as fabrications and misinformation to disparage and discredit him.

“In addition, the bank successfully launched a $3 billion “Fight COVID-19’’ social impact bond on the international capital market, secured at 0.75 % interest rate. The social bond is the largest US dollar denominated bond ever in world history. The bond is now listed on the London Stock Exchange.’’

He called for solidarity among African leaders in the fight to preserve the independence of the bank.

He noted that amid the Covid-19 pandemic, Adesina exhibited leadership traits by swiftly putting together a $10bn intervention for African countries.

Obasanjo said Adesina’s achievements prompted ECOWAS nations as well as all 55 African Union member states to endorse him for a second term. 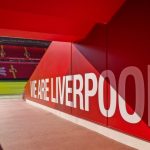