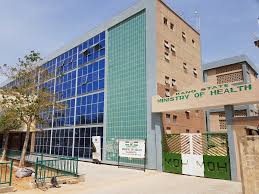 Kano state
…113 health workers mostly from private facilities test positive to virusThe Federal Government has promised that the on-going probe of the recently reported high number of fatalities in Kano State will be pursued to a logical conclusion.
The Secretary to the Government of the Federation (SGF) and Chairman of the Presidential Task Force (PTF) on COVID-19, Mr Boss Mustapha, gave the assurance on Thursday in Abuja at the daily media briefing of the committee.
According to him, a substantial foundation for a conscious fight against COVID-19 in Kano has already been established with additional aids from the PTF and the Nigeria military being dispatched there.
He disclosed that the probe panel sent to Kano on Monday had already filed an interim report on its findings, adding that the government was poised to investigate recent high number of strange deaths thoroughly.
“The on-going investigation into the causes of the recently reported high number of deaths in Kano will be pursued to a logical conclusion.
“I wish to reassure all Nigerians resident in Kano that the Federal Government and particularly this PTF is with them and shall do all possible to fight the spread in the state as directed by the President.
“Kano is one of our historical cities and remains a backbone for the economy of this nation.
“The already established isolation and treatment centres with holding capacity for 274 persons, the proposed establishment of additional facilities with capacity for 500, two Sample Collection centres along with six new proposed centres have provided a strong foundation for tackling the spread of the virus in the state,” Mustapha said.
Mustapha announced that the Nigerian Military, under its COVID-19 response plan, will establish an additional isolation centre, treatment facility and a Testing Laboratory Service in Kano State.
The SGF said: “The PTF COVID-19, in the immediate, would further strengthen Kano state to scale-up its response with the provision of necessary facilities and equipment, capacity building, improving stakeholder inter-phase and guidance on any existing policy capable of diminishing the fight against the pandemic in the state.
“Already, the testing laboratories in the AKTH and the BUK have become fully functional. Thee PTF has released a number of equipment to be transported immediately to Kano to beef up the response.”
He listed the equipment as two Oxygen Concentration and three ventilators; 280 Protective gowns; 51 face shields; 538 examination gloves; 25 boot covers; medical masks and surgical caps; and Infra Red Thermometers.
Mustapha was confident that the  collaboration and the lockdown as directed by the President would  be effective in slowing down the spread of the virus while government would continue to test, detect, isolate, contact trace and manage cases.
He stressed the need for Nigerians to “receive and digest” the implementation guidelines of the first of a three-phased easing of lockdown from Monday, May 4.
“Above all, we must understand that this is still a war against an unseen and potent enemy. No one should mistake the easing of restrictions for permission to act without care.
“The security agents have been instructed to respect the rights of citizens while also ensuring strict enforcement.”
The SGF said the PTF was adopting a combination of channels to create enhanced awareness and understanding of these new guidelines, including publication in print media and social media; broadcast on electronic media; dissemination in local languages; and use of the National Orientation Agency (NOA) in disseminating to all the 774 Local Government Areas of the country.
The SGF said in addition, members of the PTF would be participating in different television and radio programmes to elucidate on the guidelines.
“As you know, our National Response is driven by strong collaboration with the sub-national levels of government. In this, I am glad to mention that Lagos State has already adapted these implementation guidelines, while other states are also expected to follow suit shortly,” Mustapha said.
Meanwhile, the Minister of Health, Osagie Ehanire, has said that contrary to claims that about 300 medical workers have tested positive to the virus, only 113 have been infected.
According to him, majority of them are those working in private hospitals with no accreditation to treat coronavirus patients.
“As for 300 doctors testing positive, that is a feeble, there are not so many people in the health sector who are infected.
“The latest figure we have is that they about 113 actually and this 113 are not all public health workers, a good number are from private hospitals.
“And you could hear us speaking here frequently against people treating coronavirus in private clinics, we are actually referring to people who do so without the necessary precautions, without the necessary training.
“Because they infect themselves and then go home and give these infections to their families and is not the right thing.
“So, the healthcare workers who have no training have no business actually handling coronavirus patients,” the minister said.
“As for those who do not have equipment, we have said that we have provided PPE for all the people out there.
“But let me remind you again that there is a global shortage of PPEs, every country is struggling for masks, PPEs,” Ehanire said.
SHARE THIS ARTICLE 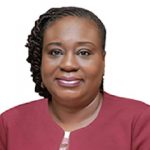 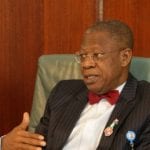