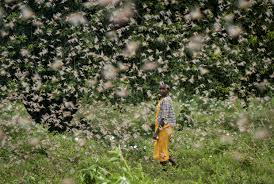 The historic spread of desert locusts that has left tens of millions in danger of food insecurity in Africa is expected to get 20 times worse as the United Nations predicts a dramatic increase in swarms throughout Africa and the Middle East in the coming months.

According to the U.N. Food and Agricultural Organization, the infestation of locusts in several countries in East Africa is causing an “unprecedented threat to food security and livelihoods” because the crop-devouring insects are interfering with the beginning of crop planting season.

FAO estimates that the number of locusts “could increase another 20 times during the upcoming rainy season unless control activities are stepped up.”

In Kenya, where the infestation is already said to be the largest in over 70 years, FAO reports that swarms appear to be increasing in size in some central and northern regions while some swarms are moving westward.

In Ethiopia, a large swarm has been reported in the south. In Uganda, several immature and maturing swarms appeared in the northeast on April 5.

The desert locusts consume most green vegetation and will eat anything from trees to crops as well as grass that is used to feed livestock.

Swarms consist of millions of locusts and can travel up to 90 miles per day.

“A swarm eats more than elephants in terms of quantity,” Joseph Kamara, regional director for humanitarian and emergency affairs in East Africa for the evangelical humanitarian aid charity World Vision, said.  “And that’s just one swarm. So if each locust lays about 900 eggs, you can imagine what that means.” 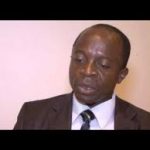