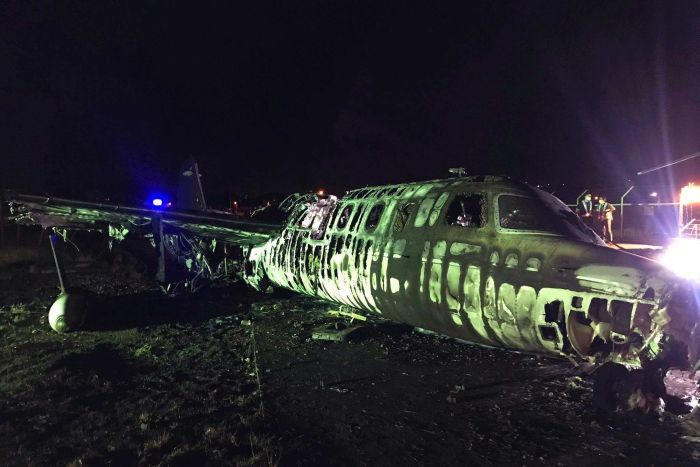 A Japan-bound plane conveying coronavirus medical supplies from the Philippines has crashed after taking off, killing all the eight people on board, a report said.

The aircraft, bound for Haneda, Japan, crashed at Manila International Airport in the Philippines.
It had reportedly been chartered by the government and was carrying emergency supplies to the country as it battles the spread of coronavirus.Footage from the crash scene showed huge flames as emergency services scrambled. Pictures later emerged of the burnt-out wreckage after firefighters got the blaze under control.

 
The aircraft is reportedly owned by Lion Air, a charter service company in the Philippines.

Cases of coronavirus in Japan, where the plane was destined, have spiked in the last few days as the government held off placing the country on lockdown.

Tokyo governor, Yuriko Koike, had warned that the capital was entering “an important phase in preventing an explosive rise in the number of infections.”

He asked the 14 million people living in the city to stay at home over the weekend.

 
Japan’s Prime Minister, Shinzo Abe, also warned the country was getting closer to a national emergency.

He promised an unprecedented package to protect the world’s third biggest economy from collapse.

Covid-19 and coronavirusJapan
Share
Subscribe to our newsletter
Sign up here to get the latest news, updates and special offers delivered directly to your inbox.
You can unsubscribe at any time