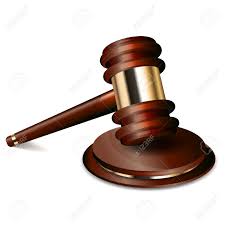 Share
 For Mutiat Omobola Adio, a former Chief Magistrate in Oyo State, it is end of the road for her as she was jailed another five years to the current seven years term she is serving.

The maxim that the law is no respecter of persons even its custodians has played out in Adio’s case, also a former Deputy Chief Registrar of the Oyo State High Court.

The Economic and Financial Crimes Commission, EFCC, Ibadan Zonal Office, on Friday (March 6, 2020) secured her conviction for stealing N22.37 million from Guaranty Trust Bank.
The woman, who stood trial on a charge of stealing brought against her by the anti-graft agency,  was sentenced to five years by Justice Muniru Olagunju of an Oyo State High Court sitting in Ibadan.
In less than two years, the rogue judicial officer has earned a jail term for fraud-related offences.
Precisely on 18, May 2018, Adio was sentenced to seven years imprisonment for obtaining under false pretence a sum of N9.2 million from Mr Abiodun Olonade, a Nigerian resident in Ireland., which she is currently serving.
In the latest criminal charge, Adio had abused her office as the Secretary of the Cooperative Society for Oyo State Judicial Officers by inflating the total sum approved for loan facilities granted members by the GTBank, and converting the difference to personal use.
She was said to be the facilitator of the N90m loan.

PerSecondnews recalls that she had pleaded innocence of the offence at her first arraignment on April 25, 2017.

But the prosecution led by Dr. Ben Ubi, insisted that she committed the offence and called five witnesses, while she called two in her defence.
In addition to the jail term, Justice Olagunju also ordered her to pay back N20. 93 million to GTBank.
 The jail bird is being punished under Section 390(11) of Criminal Code, Laws of Oyo State.
Share
Subscribe to our newsletter
Sign up here to get the latest news, updates and special offers delivered directly to your inbox.
You can unsubscribe at any time