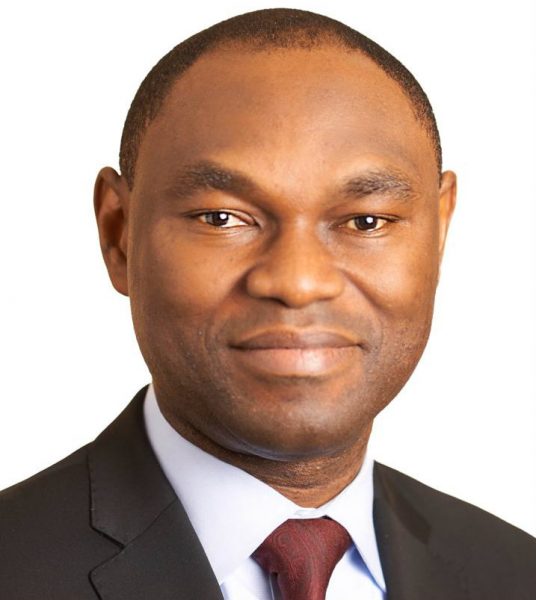 The profile of President Muhammadu Buhari further burgeoned on Thursday, Jan. 16 with the appointment of a world-class Economist and Statistician, 43-year-old Dr Kingsley Isitua Obiora, as the Deputy Governor, Economic Policy Directorate of the Central Bank of Nigeria (CBN).

With a letter transmitted to the Senate President, Dr Ahmad Lawan, in accordance with the provisions of Section 8(1) (2) of the CBN Act 2007, a record-breaking appointment has been made possibly inadvertently as a commitment to his promise to hand over the country to young people.

Obiora will, on confirmation, become the youngest person to head the Economic Policy Directorate, succeeding Mr Joseph Nnanna, who retires on February 2, 2020.

The announcement of his nomination for the office immediately went viral on local and international media as well as social media platforms which Nigerians and players in the industry described as striking the right cord and a cheerful note.

Even on the international plane it is considered applaudable, worthwhile and meritorious. For Nigerians, it is a confirmation that Buhari’s much-taunted second term “Next Level’’ agenda is not after all a hoax as merit and competence is being played up above political and other mundane considerations.

When the President said in his 2020 New Year message that he was conscious of his place in history when he leaves office in 2013 coupled with the promise not to interfere or intervene in who takes over from him as he hopes to join the league of distinguished elder statesmen little did Nigerians know or expect that he would give action and power to those intentions until Obiora’s appointment was announced.

A sexagenarian Nigerian editor and financial journalist, who did not want to be named, scored Buhari high on the appointment, describing it as heartwarming, meed of praise and a round peg in a round hole given the “intimidating’’ biodata of the appointee.

A peek into Obiora’s Curriculum Vitae shows that the distinguished Nigerian has been part of the day-to-day running of one of the world’s biggest international lenders — the International Monetary Fund (IMF) where he is representing 23 African countries at the Bretton Woods institution.

Even far away in U.S., Obiora did not keep a reasonable distance from his country as he continued to make available to policy makers and players in his industry his expertise and wealth of experience as he was serving in advisory capacity officially and unofficially to Nigerian presidents and the Central Bank Governor.

To his credit, Obiora had served as adviser of some sorts to former Presidents Olusegun Obasanjo and Goodluck Jonathan and incumbent President Buhari, directly supporting the economic policies of their administrations.

While working at the Centre for Econometric and Allied Research (CEAR) between 2003 and 2006, he contributed to the development of an econometric forecasting model for policy analyses for Nigeria’s National Planning Commission and the modelling and estimation of the macroeconomic framework for Nigeria’s National Economic Empowerment and Development Strategy (NEEDS) II programme of Obasanjo administration.

As the Technical Adviser to the National Economic Management Team and Special Assistant to the Chief Economic Adviser to former President Jonathan, he was lauded by the president to have “greatly impacted positively on the conception and execution” of his administration’s economic reforms.

Even under the Buhari administration, Obiora led the team that built the macroeconomic framework for the administration’s Economic Reform and Growth Plan (ERGP) which has been its central policy document and from 2014 to 2018, he served as Special Adviser on Economic Matters to Mr Godwin Emefiele, the current adroit and economic savvy Governor of the Central Bank of Nigeria. Now, Obiora is returning to the familiar turf, this time coming to rule the roost within the system.

Persecondnews reports that economic and financial pundits say the duo of Emefiele and Obiora will complement each other as they are cerebral and full of beans.

In his career progression at the IMF, he was appointed an Alternate Executive Director in August 2018. The homegrown expert took his first degree in Economics and Statistics at the University of Benin, and was named the overall best graduating student at graduation in 1999.

He went on to the nation’s premier university, the University of Ibadan, where he had his Master’s degree in Economics with a distinction and overall best graduating student award. According to report, he was also the first to get a distinction in the programme in 20 years, another another record breaker you will say.

For his PhD, Obiora secured a scholarship from the African Economic Research Consortium (AERC) and thereafter enrolled for a doctoral degree in Economics, specialising in Monetary and International Economics, bagging his PhD at the age of 31 from a Nigerian university.

This golden fish was spotted by the IMF on conclusion of his doctoral degree through the globally-competitive “Economist Program” in 2007. He clinched another record by becoming the first African to be recruited directly from an African university by the Bretton Woods institution. IMF usually recruits Africans who graduated from Western universities such as MIT, Yale, Oxford, Harvard and Cambridge.

In the midst of running one of the world’s biggest economic powerhouses, the IMF, and advising three presidents in Africa’s biggest economy, Obiora has maintained his academic side, writing and co-authoring at least 25 academic papers, which have been published and presented across the world.

He has written many academic and professional papers including IMF Working Papers — Decoupling from the East Toward the West? Analyses of Spillovers to the Baltic Countries, which was published by the IMF and shared globally in 2009.

Obiora also helped in Nigeria’s journey to economic prosperity through his IMF policy papers — Do Trading Partners Still Matter for Nigeria’s Growth? A Contribution to the Debate on Decoupling and Spillovers, was principally about Nigeria in the context of the 2008/2009 global crisis. Nigeria has been the focus of most of his academic contributions.

Obiora, who is Igbo from Delta state, Nigeria, is the second south-southerner to be appointed Deputy Governor on economic policy in the 61-year existence of the CBN after Mr Victor Odozi.

In conclusion, I recall one of the profound statements of Nobel laureate, Prof. Wole Soyinka, in the book, “The Forest of A Thousand Daemons (a transliteration of Ogboju Ode Ninu Igbo Irunmale by the late D.O. Fagunwa MBE), he says “ When our masquerade dances well, our heads swell and do a spin.’’

Appositely, Nigerians of different shades of opinion and ethnic backgrounds including I a Yoruba man, say a “big Thank You’’ to Mr President for listening to wise counsel that gave birth to Obiora’s appointment and to the incoming CBN Deputy Governor, Goodluck ! 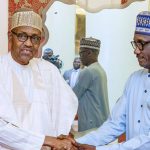 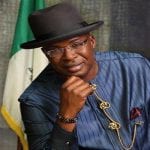