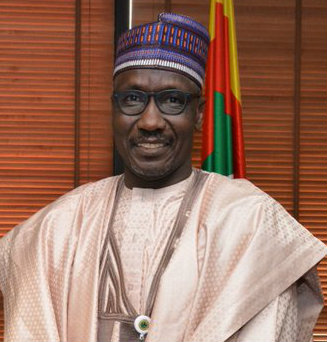 …pipeline vandalism drops by 81 per cent

In an upward swing, the Nigerian National Petroleum Corporation (NNPC) says it has recorded a trading surplus of ₦13.23 billion in October 2019 against the ₦8.59 billion surplus in September.

The increase which represents about 54 percent is contained in the October 2019 edition of the NNPC Monthly Financial and Operations Report (MFOR).

In September, trading surplus of ₦8.59 billion, an increase of 65 per cent, was posted compared to the ₦5.2 billion in August, while in July  ₦4.26 billion surplus was also recorded, showing an increase of 22 per cent.

On pipeline vandalism, 35 vandalized-pipeline points, representing a decrease of 81 per cent from the 186 vandalized-points in September were recorded.

“Out of the vandalized points, eight failed to be welded, while only one pipeline was ruptured, with Ibadan-Ilorin axis accounting for 34 per cent of the breaks, while ATC-Mosimi and other routes accounted for 23 per cent and 43 per cent, respectively.’’

The monthly performance report is contained in a statement by NNPC’s Acting Group General Manager, Group Public Affairs, Mr Samson Makoji, a copy of which was emailed to Persecondnews.

The NNPC attributed the increase of 54 per cent trading surplus in October 2019 to improved trading surplus posted by its flagship Upstream subsidiary, the Nigerian Petroleum Development Company (NPDC).

In the Crude Oil and Gas export sales, the corporation said it made $483.25 million in October 2019, an increase of 35.77 per cent compared to the previous month.

It states that in the month under review, Crude oil export sales contributed $396.94 million (82.14 per cent) of the dollar transactions compared with $267.97 million contribution in September even as the export Gas sales for the month hit $86.32 million.

In the export portfolio, from October 2018 to October 2019, Crude Oil and Gas transactions were put at $5.49 billion.

In the Downstream Sector, about 1.16 billion litres of Premium Motor Spirit (Petrol), translating to 37.30mn liters per day were supplied during the month of October as part of efforts to ensure sustained supply and effective distribution across the country.

The NNPC’s report also indicated that it had continued to “diligently monitor the daily stock of PMS in order to achieve smooth distribution of petroleum products and zero fuel queue nationwide.

“This translates to a total supply of 1,011.85Million Standard Cubic Feet (mmscfd) of gas to the domestic market and 3,341.84mmscfd of gas supplied to the export market for the month.

“ Implying that during the month, 57.23 per cent of the average daily gas produced was commercialized, while the balance of 42.77 per cent was re-injected and used as Upstream fuel gas or flared,’’  the report said. 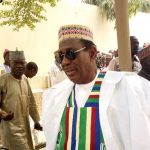 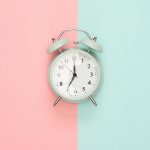