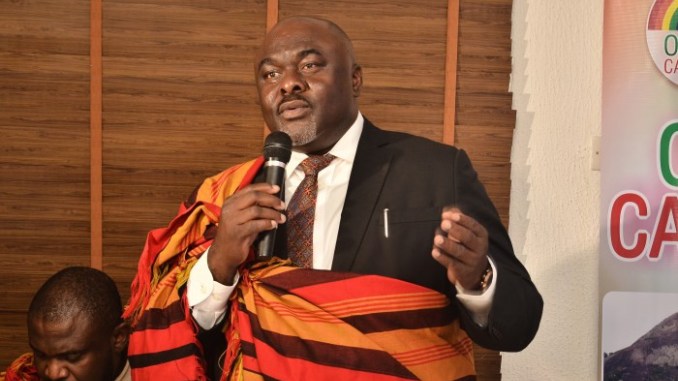 It appears there is no more hiding place for money launderers globally as another Nigerian political office holder, the Edo State Commissioner for Arts, Culture and Tourism, Mr Osaze Osemwingie-Ero, has been apprehended by the Interpol in France.

Osemwingie-Ero was reportedly arrested and detained by Interpol in France since November for being in possession of $2 million.

Persecondnews recalls that a former Attorney-General and Minister of Justice in the administration of President Goodluck Jonathan, Mr Mohammed Adoke, was nabbed in Dubai by Interpol and flown into Nigeria on December 19 in connection with the multi-billion dollars Malabu oil scam.

On arrival at Abuja airport, he was picked up by the Economic and Financial Crime Commission officials and he is being prosecuted in the court for alleged money laundering.

Meanwhile, the Edo State Government has denied having anything to do with the commissioner.

“The alleged arrest of Osemwingie-Ero has nothing to do with Governor Godwin Obaseki,’’said the Special Adviser on Media and Communication Strategy, Mr Crusoe Osagie.

“But we can confirm without equivocation that whatever the issues might be, they are totally personal and have nothing whatsoever to do with the Edo State Government or Governor Godwin Obaseki,’’ he said in a statement.

It was, however, learnt that Osemwingie-Ero was being interrogated for an offence he allegedly committed before he was appointed as commissioner by Obaseki.

CommissionerEdo stateFranceGodwin ObasekiOsaze Osemwingie-Ero
Share
Subscribe to our newsletter
Sign up here to get the latest news, updates and special offers delivered directly to your inbox.
You can unsubscribe at any time