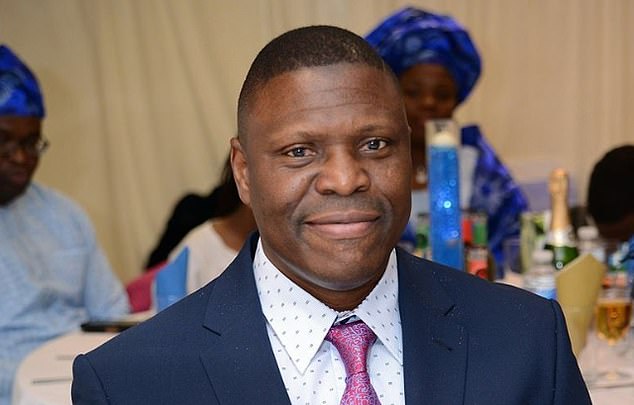 A pastor of the Redeemed Christian Church of God (RCCG) in Britain, 52-year-old Gabriel Diya, has lost his vacationing daughter and son of ages nine and 16  in Spain.

The children; Comfort Diya (9) and Praise Emmanuel Diya (16), reportedly drowned in the swimming pool at the Club La Costa World complex in Spain on Christmas Eve.

Diya is the pastor at Open Heavens London in Charlton, a parish of the Redeemed Christian Church of God (RCCG) in South-east London.

According to reports, Diya’s wife, Olubunmi, 49, and younger daughter, Favour Diya, 14, were also on the holiday at the facility but were not affected by the tragic incident.

On Thursday, the two of them were said to have told investigators that none of their relatives could properly swim and only nine-year-old Comfort had ‘some idea’.

It is feared that the family could have fallen victim to a suction problem which made it impossible for the nine-year-old girl’s father and brother to rescue her after she got into difficulties at the resort.

It is not clear yet the circumstances leading to their deaths as it remained a mystery.

Resort chiefs said they had been given permission to reopen the pool and insisted a police investigation had found ‘no concerns’ with it.

The RCCG in South-east London on Thursday posted a tribute on Facebook: “With heavy hearts, we extend our condolences to the family, parish, friends and associates of Area Pastor Gabriel Diya who sadly passed away, along with two of his children … in a tragic incident while on a family holiday in Spain.

“At this very difficult time, our prayers are for Pastor Gabriel Diya’s family, the parishes that were under his supervision, friends, associates, members of RCCG and the general public.”

Gabriel DiyaRCCGRedeemed Christian Church of GodSpain
Share
Subscribe to our newsletter
Sign up here to get the latest news, updates and special offers delivered directly to your inbox.
You can unsubscribe at any time