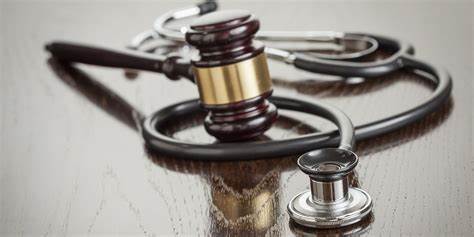 A man who lost his wife after child birth has instituted a suit against the doctors at the Federal High Court, Abuja, citing negligence.

The man, Mr Anthony Ejumejowo, a lawyer, has also petitioned the Medical and Dental Council of Nigeria over the incident.

After the woman was delivered of the baby, a pad stitched to her vagina by doctors at the Nisa Garki Hospital in the Federal Capital Territory was discovered.

He wants the council to launch an investigation into the death of his wife which occurred on October 5, 2019 which he blamed on the negligence of doctors and management of the Nisa Garki Hospital.

He also accused the hospital of moves to cover up in a petition by his counsel, Mr Innocent Ukoha, to the Chairman of the council.

Reacting, the Managing Director of the hospital, Dr Adamu Onu, who expressed deep sympathy over the incident, said: “She received care according to the best ethical principles and practice of medicine.”

It was leant that the deceased, who was attending the antenatal clinic until she was delivered of a baby girl on September 12, 2019, at about  2.13pm, was allowed to go through labour against medical advice  a day before the delivery.

However, in a 61-paragraph affidavit deposed to at the Federal High Court in Abuja, the petitioner said the death of his wife was avoidable.

He said: “I observed that the delivery of the child was much more difficult for my wife than her last two pregnancies and that she complained of severe pains and that it was unknown to me why the hospital put my wife through natural labour against the advice of a senior female registrar the previous day.

“Some hours after the delivery of the baby, my wife complained of severe pains and discomfort in her vaginal resulting from the stitches of a tear from the delivery and on examination by Dr Onuh.

“It was discovered that a pad was stitched and left in her vagina by the doctor that took delivery of her baby, and after which the blood-stained pad was removed by the said Dr Onuh, and her vagina re-stitched.

“Surprisingly, on October 5, 2019, around 4pm, my wife collapsed while sitting and feeding her baby shortly after her lunch and was rushed to the Federal Medical Centre, Abuja, being the nearest hospital, and was pronounced dead on arrival.

“I strongly suspect that the death of my wife was avoidable and was caused by the negligence of the doctors of the Nisa Garki Hospital.”