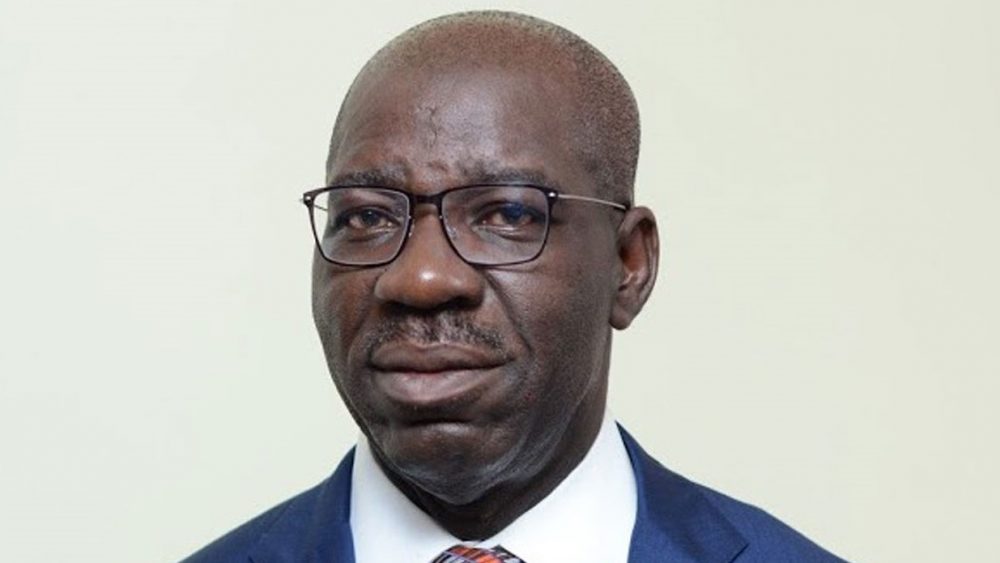 At least seven people including two children are feared dead in an accident involving a Toyota Hilux van of Edo Governor’s convoy, and a private car near Ehor village on Benin-Ekpoma Road on Saturday.

The casualties include five adults and two children who were occupants of an Audi 80 car which had a head-on collision with the Hilux van carrying protocol officers of the Edo State Government House.

The officers, who were advance party of Gov. Godwin Obaseki, were heading to Ekpoma in  Esan West Council Area where the governor was scheduled to attend the convocation of Ambrose Alli University in the town.

All the occupants of the car died while the driver of the Hilux van was injured, a source said.

Confirming the accident, Edo Sector Commander of the Federal Road Safety Corps (FRSC), Mr Anthony Oko, said the driver of the car lost control when it ran into a crater on the road and rammed into the van.

“Unfortunately, the two children died on the way to the hospital.’’

Edo stateGodwin Obaseki
Share
Subscribe to our newsletter
Sign up here to get the latest news, updates and special offers delivered directly to your inbox.
You can unsubscribe at any time