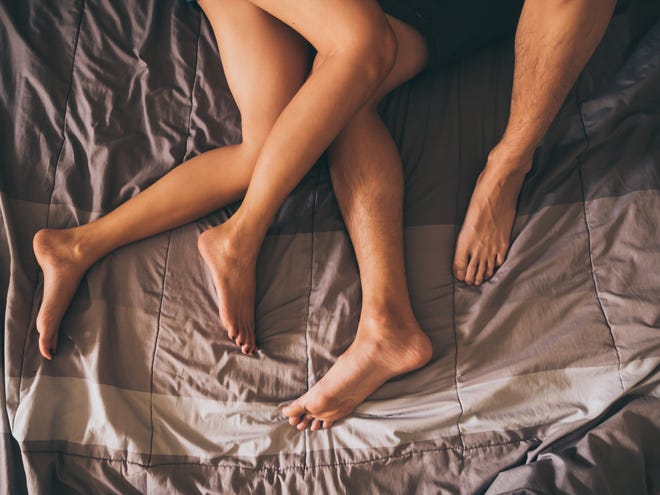 A new study of sexual activity shows a decline among couples over a 20-year period, with one researcher suggesting the “sheer pace of modern life” might be to blame.

The sex lives of over 34,000 men and women ages 16 to 44 were analyzed for the massive study, which draws from Britain’s National Survey of Sexual Attitudes and Lifestyles — one of the largest sexual behavior surveys in the world.

Declines in sex frequency were largest among those living together or married and those over 25, according to the study published Tuesday in peer-reviewed journal the BMJ.

Those most affected in the study are middle-aged people, Wellings noted, “men and women who, having started their families at older ages than previous generations, are often juggling childcare, work and responsibilities to parents who are getting older.”

Between 2001 and 2012, monthly sexual encounters for those ages 35 to 44 fell from four to two among women and from four to three among men. Fewer than half of all Brits have sex at least once a week, the survey shows, with all groups reporting declines except for men ages 16 to 24 years old.

There is no magic number for sexual frequency that correlates to happiness, experts suggest, though a 40-year study of Americans found that those who had sex once a week were happiest. (And among young people in the United States, a separate 2017 study found American teens are having less sex and are using more protection than teens 30 years ago.)

The research, while limited to Britons, mirrors a recent decline in frequency of sex among those in several high-income countries like the United States, the school said in a statement, though the study’s observational nature limited researchers from determining a cause. Recall bias among participants might have also played a role, researchers said.

Couples are having less sexstudy shows
Share
Subscribe to our newsletter
Sign up here to get the latest news, updates and special offers delivered directly to your inbox.
You can unsubscribe at any time