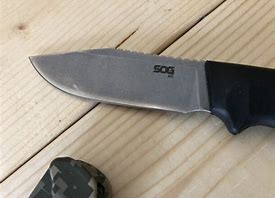 At least nine persons were fatally stabbed by a drunk policeman, Taiwo Orisadare, at a nightclub in Akure, Ondo State capital at the weekend.

The policeman had sauntered into the club house located at the popular GRA at Alagbaka and after quaffing some bottles of beer, stabbed the clubbers who were allegedly fighting.

Orisadare, who has been a regular caller at the club house, started showing some signs of tipsiness as he raised his voice and harassed one of the victims.

He was, however, overpowered by some brave men and beaten black and blue.

“It was clear that Sergeant Orisadare was drunk as he became uncontrollable at the club.

“At a point he started attacking everyone …he stabbed about nine people before he was overpowered,” a witness said.

Victims have been taken to the hospitals where they are still receiving treatment.

Police spokesman, ASP Femi Joseph, confirmed the incident but that both parties were engaged in a brawl.

“There was a fight between the policeman and some young men, but we have started investigation into the matter.

“All those involved in the brawl are already in hospital receiving treatment.

“At the end of the day if we find our man culpable, we will deal with him because we don’t tolerate indiscipline in the force,’’ he said.

OndoPolice
Share
Subscribe to our newsletter
Sign up here to get the latest news, updates and special offers delivered directly to your inbox.
You can unsubscribe at any time