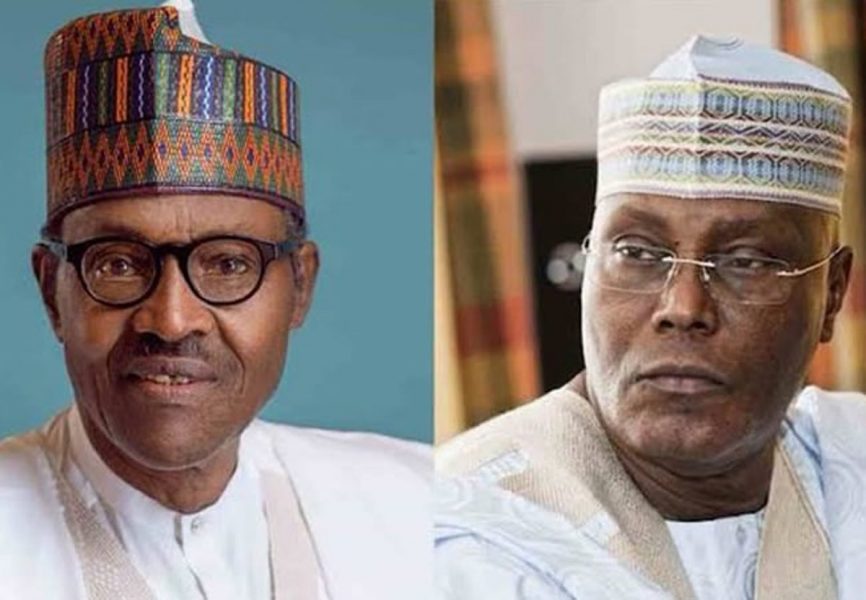 Share
The Presidential Election Petition Tribunal, on Wednesday, upheld the election of President Muhammadu Buhari, as the winner of the February 23 presidential election.
The presidential tribunal further dismissed the petition by the Peoples Democratic Party (PDP), challenging the victory of President Muhammadu Buhari in the election, saying the petition filed by the Presidential candidate of PDP, Atiku Abubakar, lacked merit.
The five-man panel of the tribunal, led by Justice Mohammed Garba, who gave the unanimous judgement, dismissed the petition in its entirety adding that the parties are to bear their respective cost.
The PDP and Atiku had filed petitions on March 18, 2019, specifically asking the tribunal to disqualify Muhamamdu Buhari, as winner of the February 23 presidential election, on the grounds that he did not possess the requisite academic qualification to contest for the office of President; election irregularities; deployment of electronic voting, over-voting, and the use of security agencies to rig the election in favor of Buhari.
In the main allegations of none possession of minimum education qualification and submission of affidavit containing false information to INEC against Buhari, the tribunal ruled that President Buhari possess the West African School Certificate Examination (WASCE), to contest the 2019 presidential election and therefore eminently qualified to contest the election.
The court said apart from being qualified, the president also obtained other certificates to validate claims that he is eminently qualified for the presidential poll.
The Chairman of the tribunal, therefore struck out the claims by the PDP and Atiku that Buhari did not possess the needed qualification for the election and that he presented false information to INEC.
Mohammed further added that the Electoral Act did not require certificate to be attached to form CF001, stating that for the fact that one attended school up to school certificate level was even enough to qualify one to contend an election.
Justice Garba stated: “the second respondent (Buhari) was not only qualified but eminently qualified to contest the presidential election”.
Justice Garba also held that the only way to prove cases of over-voting, electoral manipulation, among others was to tender the voters’ register, which the petitioner could not provide as witnesses called by the petitioners failed to establish cases of over-voting.
He said failure by the petitioners to prove their case against Buhari and the APC in all grounds, has led to the dismissal of the petition filed in its entirely.
On the issue of security agencies rigging the election in favour of Buhari, the Chairman resolved that; “The petitioners failed to prove that the security agencies connived with the electoral umpire to assist the APC in manipulating the election results in the 11 states including Kebbi, Nassarawa, Borno among others.
“They also failed to prove that fake policemen were deployed by the APC to Influence the election. They also failed to prove allegations that the president retained the services of the service chiefs to use them to manipulate the election.
“It is their further allegation that in all the states of the federation military and police officers firmed themselves as supporters of the second respondent to attack, harass and stop the supporters of the petitioners from exercising their franchise.”
APCAtiku AbubakarMuhammadu BuhariPDPPresidential Election Petition Tribunal
Share
Subscribe to our newsletter
Sign up here to get the latest news, updates and special offers delivered directly to your inbox.
You can unsubscribe at any time