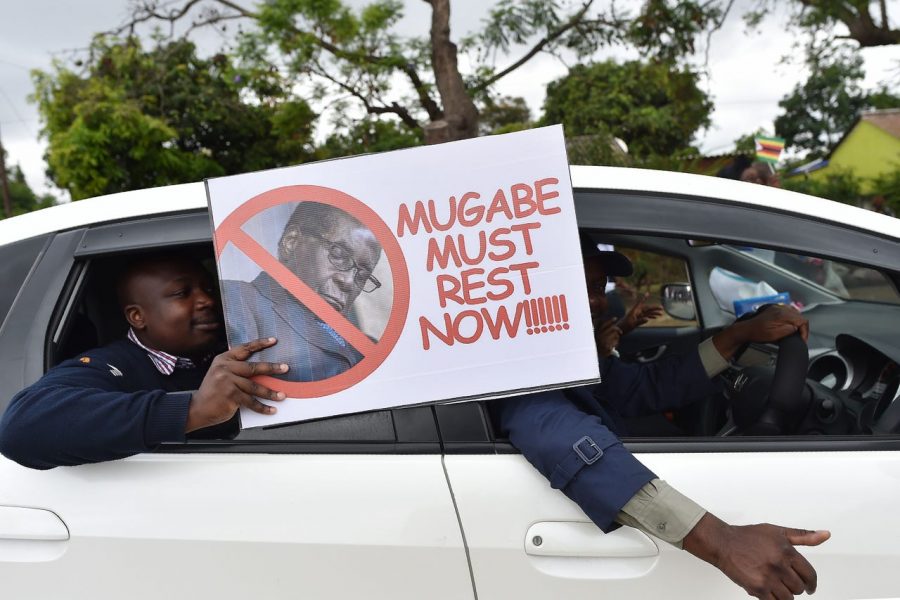 The body of Zimbabwe’s former President Robert Mugabe will arrive the country from Singapore on Wednesday according to newspapers in Harare.

The Sunday Mail quoted presidential spokesman George Charamba in reporting Mnangagwa and family members will receive the body at the airport named after the former president in the capital, Harare. The body will be taken to Mugabe’s home before being placed in a stadium for public viewing.

Zimbabwe’s Vice President Kembo Mohadi was seen at the Singapore Casket funeral parlor Tuesday afternoon, and police escorted a hearse from the building Wednesday morning to go to the airport.

The ex-guerrilla leader took power when Zimbabwe shook off white minority rule in 1980. He enjoyed strong public backing in the initial years, but that support waned following repression, economic mismanagement and alleged election-rigging and he was forced out of power in 2017.

Many still regard him as a national hero, with some Zimbabweans even saying they missed him after his successor, Emmerson Mnangagwa, failed to revive the economy and used the army to crush dissent.

Mugabe died Friday in a Singapore hospital at age 95.

MugabeSingaporeZimbabwe
Share
Subscribe to our newsletter
Sign up here to get the latest news, updates and special offers delivered directly to your inbox.
You can unsubscribe at any time