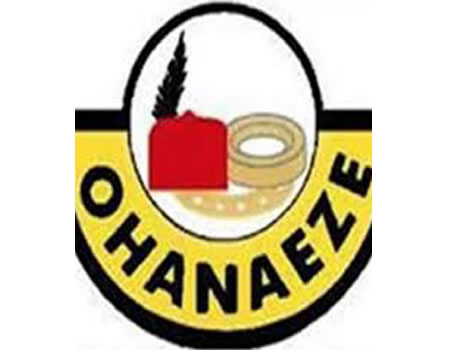 Share
The Ohaneze Ndigbo in the Federal Capital Territory (FCT), has called on South East governors to brace up and make adequate arrangement to receive Igbos that have been dislodged from South Africa as a result of the xenophobic attacks.
The President of the Ohaneze-Ndigbo Abuja chapter, Odozi Nwodozi, made the appeal on Tuesday, while briefing journalists on preparation for the 2019 Igbo day celebration, slated to hold in Abuja on 29th September, with the theme: “Promoting culture of peace for socio-economic development.”
Nwodozi, who described the attacks as a shame to the entirety of Africa, urged the governors to ensure they are absorbed back into the society with ease.
He said: “The South East governors must put things on the ground to assist those returning from South Africa, the bulk of whom are Igbo people. We call them to use this opportunity to put infrastructure that will cushion the effect of their unplanned dislocation.
“However, with the return of our brothers and sisters, Ohanaeze is not empowered economically to assist but I am sure the states and the federal government must have done things to make sure that those people coming back don’t feel the effect of their unexpected disengagement from South Africa.”
Speaking on the forthcoming Ndigbo day celebration, Nwodozi said, the group will be honoring prominent individuals from the south east, who have contributed immensely to the development of the Igbo nation and the country at large through philanthropy.
Nwodozi stated: “We cannot wave aside the role of certain persons like Allen Onyeama; the owner of Air Peace, the wonderful Ernest Azubialo of Next Oil, in ensuring the network was built and the Igbos were secured.
“We cannot stop but to remember the first president of the Igbo Community Assembly in Abuja, Mark Okoye, who contributed so well. I did not meet him but from the records, he did so well in bringing the Igbos in Abuja together. Also Chyne Iwuanyanwu, who silently make sure that the Igbos took stand that were not deceive on political matters and many others.
“We are honouring our heroes past and remembering those that are present. Without doubt, a lot of Igbos have contributed immensely not just to the good of Igbo nation but beyond the Igbo nation. For a start, the peace we are talking about today the Igbos are the cement that is  holding Nigeria together.”
The Ohaneze Ndigbo chieftain further assured guests of their protection during the event, as he condemned the attack on former Deputy Senate President, Ike Ekweremadu, during a similar event in Germany recently.
He noted: “I must start by saying that we are all Biafrans in spirit by the mere fact that we are born Igbos. However, we must put what we are doing into contemporary times and perspectives.
“We must know that there is a culture of respect for elders, it is a taboo in the Igbolands for a child to beat his father. The Nuremberg experience was shameful.
We must give honour to our elders but if our elders make mistakes we shouldn’t come to the market square to insult our elders, we have a way of telling our elders, you have not done it right.
“Therefore, this year’s Igbo day is not an avenue to molest anybody. Anybody, be they politicians, public servants, they are all welcome to the ceremonies of this year’s Igbo day.”
The celebration which will start on 22 September, will include interdenominational church service, symposium, special awards and cultural fiesta.
Odozi NwodoziOhaneze NdigboXenophobia
Share
Subscribe to our newsletter
Sign up here to get the latest news, updates and special offers delivered directly to your inbox.
You can unsubscribe at any time