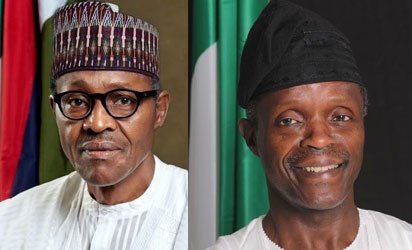 The inaugural meeting of the Federal Executive Council (FEC), did not hold on Wednesday, due to the absence of President Muhammadu Buhari, and the Vice President, Prof. Yemi Osinbajo.
The President is currently in Yokohama, to attend the Seventh Tokyo International Conference on African Development (TICAD7), with the theme “Africa and Yokohama, Sharing Passion for the Future.”
President Buhari had last week swore in new ministers and assigned portfolios to them.
He further charged the ministers to commence work on the 2020 budget proposal, and get it ready before the National Assembly members return from their recess, as he also reminded them that the FEC meeting would be held weekly.
A source in the Presidency who spoke on anonymity said:  “Being the first FEC meeting, ordinarily the President will like to preside over it to hear from the ministers on their first official engagements.
“Also, recall that upon inauguration last week, the ministers were given two weeks to complete the process of familiarising themselves with their ministries and to begin immediate work on the 2020 budget.”
Meanwhile, Vice-President, Prof Yemi Osinbajo, presided over the Economic Management meeting, largely attended by heads of Ministries, Departments and Agencies dealing with the economy and the finances of government.
The participants included the Minister of Finance, Budget and National Planning, Zainab Ahmed; Governor of the Central Bank of Nigeria, Godwin Emefiele; Accountant-General of the Federation, Ahmed Idris, among others.
SHARE THIS ARTICLE 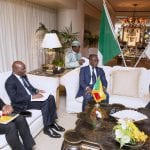 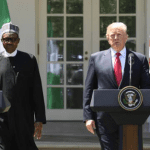