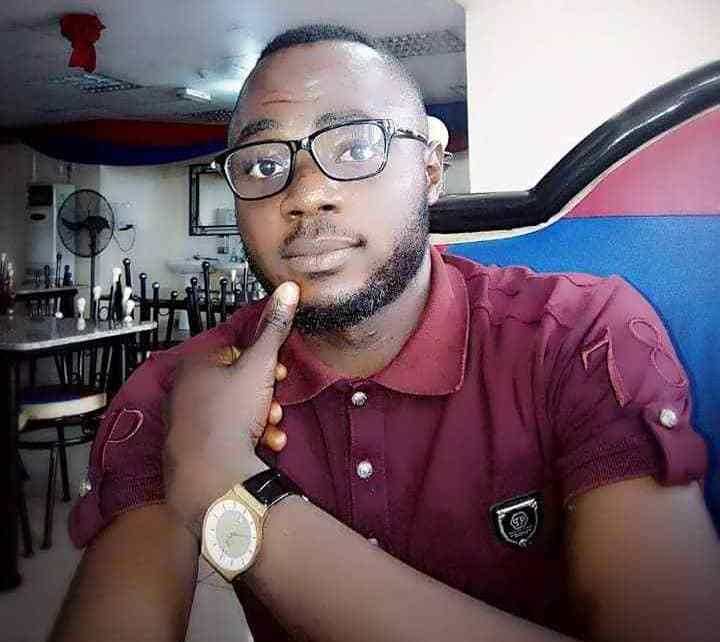 For Steven Kefas, who marked 56 days in detention today, July 16, 2019, it has been a long haul of a windy walk to obtaining bail that is daily becoming an illusion, with no date fixed by the court to deliver ruling on his application. Kefas, a social media activist based in Port Harcourt, Rivers state, who hails from Kagarko Local Government Area of Kaduna State, has been arraigned over injurious publications, among other alleged crimes.

For Kefas, May 8, 2019 came with no sign that his social media activism which has drawn global attention on the Southern Kaduna killings, especially the Kajuru bloodshed, was approaching a standstill. Unknown to him, as he settled down for the day’s work in Port Harcourt, his phone rang. The voice which was familiar pleaded with him for a quick meeting at a specified venue.

Though aware that he had received threats of being arrested by agents of Kaduna state over his activism on social media, he never smelled trouble. On arriving at the venue, he discovered he had run into a trap and it was too late to beat a retreat. Operatives of the Kaduna State Investigation Bureau (KSIB) swiftly swooped on him and detained him at the Minikoro Police Station, Port Harcourt. Unknown to Kefas, the police have been on his trail, following a petition written against him to the Kaduna State Police Command.

The morning after his capture, the security operatives embarked on a tortuous road journey to Kaduna, subjecting their prized trophy to the rigours of a 12-hour energy-sapping tripping. Arriving Kaduna on May 9, 2019, Steve was detained at the State Police Command, Bida Road, for four days before his eventual arraignment on May 13, 2019. The Magistrate granted him bail and ruled that under no circumstances should the social media activist be re-arrested, just as the judge fixed the commencement of trial date for June 4, 2019.

That was not to be as Kefas whose tweets and Facebook postings have caused sleepless nights and unsettled the nerves of some top officials of the state government.  Contrary to the bail conditions issued by the Magistrate, on May 13, 2019, Steve was re-arrested and detained by the same KSIB on May 21, 2019 over a petition written by the Chairman of the Kajuru Local Government Area, Mr Cafra Caino. The LGA chairman had accused him of a Facebook posting that is not only false but also injurious to his person.

After about 13 days of detention by the KSIB, he was later arraigned before a different Magistrate Court. Hope of bail for the young man from the Magistrate proved a mirage as his attempts to get a reprieve turned a ding dong affair. When the Magistrate seemed set to rule on the bail application, the case was transferred to a higher court on June 20, 2019.

Since the transfer of the case, the hope for a bail has become an uphill task, as the judge is yet to appoint a date to deliver her ruling on the bail application. The judge, according to court sources, has been under the weather and has found it impossible to fix a date for the ruling. The planned annual vacation of judges that is due to commence this week has heightened anxiety amongst Kefas’ relations and friends over prospects of his continued incarceration in the event the vacation commences without a ruling on the bail application.

Before his arrest on May 8, 2019, those who felt slighted by Kefas, are known to have boasted that plans have been concluded to ensure that he remains in prison for at least four months in order to teach him a lesson or two. Are the travails of the social media activist hinged on the need to achieve that objective and make him suffer for what they accused him of? But, how long should it take a free born citizen of Nigeria to secure a bail? Has his rights not being violated due to his continued incarceration without bail?

Considering the exertions suffered by Kefas to get bail, the road to getting reprieve and prepare to face his accusers in court seems entangled with bottlenecks that could impair quick dispensation of justice. All the accusations against Kefas are yet to be proven, and so he is presumed innocent of all the charges. What if at the end of the day he is declared blameless of all the charges, what compensation will come his way?

Yes, we live in strange times and those who seek impartiality from the temple of justice are becoming too weary of issues that slow down the judicial process. If it takes nearly two months to be granted a bail over a simple charge of injurious publication on social media, what hopes are there for others arraigned on more grievous offences? We may be less bothered now by the travails of the young man from Kagarko, but we owe our conscience and future generation a duty to demand and enthrone a system that is capable of accelerating quick dispensation of justice for those who have been accused of violating other people’s rights.

Personally, I am troubled by the silence that has trailed Kefas’ incarceration for nearly two months now. When some two weeks ago, I was dissuaded from writing this piece on account that “our noise” is not helping matters, I resolved to pause a moment to see how “our silence” could help. Nearly a month after the cessation of “our noise” as agents favourably disposed to government would say, what has been the benefit and how close is the young man’s to getting bail?

The continued detention of Kefas is a clear violation of his fundamental human rights as enshrined in the constitution of the Federal Republic of Nigeria. Let us know that we cannot enjoy our lives in peace when others created in the image of God are incarcerated and not given a chance to prove their innocence.

Musa, who is editor-in-chief of Forefront News, wrote from Abuja and can be reached @simonreef927@gmail.com