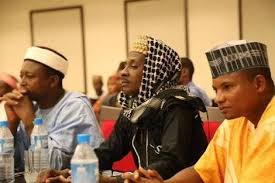 Share
A leading pan-Igbo group, Nzuko Umunna, has warned Miyetti Allah Cattle Breeders Association of Nigeria (MACBAN), to “immediatelywithdraw” its proposal to set up “Fulani Vigilantes” in South East zone.
This comes as the Miyetti Allah recently asked South East Governors, to allow it set up “Fulani Vigilantes” to handle crimes in the zone.
Urging the group to immediately withdraw the provocative proposal and apologize to Ndigbo, Umunna said the Federal Government should “hold the leadership of Miyetti Allah responsible for any outcomes from its ill-advised proposal.”
In a statement by Messrs Ngozi Odumuko and Paschal Mbanefo, its Coordinator and Secretary respectively, the influential pan-Igbo organisation said the proposal “is not only the height of insult but a clear vote of no-confidence on the nation’s security apparatus.”
According to the group, “The infantile proposal by Miyetti Allah is clearly an unflattering verdict on the management of the nation’s security system by the Buhari Administration. This is the inescapable conclusion when States begin to outsource the nation’s security to non-State actors such as Miyetti Allah.
“Miyetti Allah should also not be unmindful of the grave potentials of pitching its members against an already restive Igbo youth population.
“Miyetti Allah should take its provocative proposal first to the Northern Governors Forum towards managing the huge security crises in Zamfara and many northern States.
“It should not take the traditional courtesies of Ndigbo as a weakness. We warn South East Governors to reject this poisoned chalice forcefully.”
The group lauded Ohanaeze Ndigbo and Afenifere for their “total rejection” of the proposal, urging the Buhari Administration to “revisit the near immunity enjoyed by Miyetti Allah members notwithstanding the litany of crimes committed by them in Igbo land.”
Share
Subscribe to our newsletter
Sign up here to get the latest news, updates and special offers delivered directly to your inbox.
You can unsubscribe at any time

BARU: A Corporate Titan Bows Out