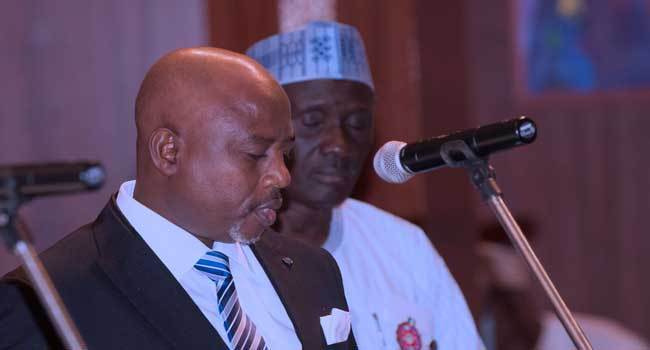 The Code of Conduct Bureau (CCB) has denied a Freedom of Information request demanding specific details of asset declarations submitted to it by successive presidents and state governors since 1999, arguing that: “producing such information would amount to an invasion of privacy of presidents and state governors. Asset declaration form is private information.”

CCB’s response followed FOI request by Socio-Economic Rights and Accountability Project (SERAP) in April addressed to Dr. Muhammed Isah, Chairman, CCB, urging him to: “provide information on asset declarations by successive presidents and state governors between 1999 and 2019, including details of declarations made immediately after taking offices and thereafter, and for those who have left public offices, at the end of their term of office.”

SERAP also sought “information on the number of asset declarations so far verified by the CCB and the number of those declarations found to be false and deemed to be in breach of the Code of Conduct for Public Officers, by the Bureau.”

However, the CCB in a letter by its Chairman, which SERAP said it just received, stated: “Paragraph 3(c) of the 3rd Schedule to the 1999 Nigerian Constitution (as amended) empowers the Bureau to retain custody of asset declaration and make them available for inspection by any citizen on such terms and conditions to be prescribed by the National Assembly. These terms and conditions are yet to be prescribed.”

The CCB also said: “Assuming the Freedom of Information Act is the term and condition, Sections 12(1)(v) and 14(1)(b) of the Act makes information in the asset declaration form private and producing such information would be an invasion of privacy of presidents and governors. Section 14(2)(3) of the same Act stipulate conditions for granting requests for private information but these have not been met by SERAP’s application.”

The letter with reference number CCB/HQ/LU/047/59 and signed on behalf of CCB Chairman by Musa Ibrahim Usman, read in part: “Section 12(1)(a)(4)(a)(b) exempt production of information relating to investigation for the purposes of law enforcement and such investigation must have been carried out pursuant to an Act or regulation. Verification is investigation carried out pursuant to Code of Conduct Bureau and Tribunal Act for the purposes of law enforcement.”

“Consequently, I am further directed to convey to you that the request in SERAP’s application for information on details of asset declarations by presidents and state governors since the return of democracy in 1999 is hereby denied on the grounds that it falls short of the requirement of the law. Please accept the assurances of the highest esteem of the Chairman CCB.”

SERAP deputy director Kolawole Oluwadare, said: “Freedom of information is a fundamental right. The contents of asset declarations by successive presidents and state governors do not amount to private information, as presidents and governors are public officers under Part II, Fifth Schedule to the 1999 Constitution.”

According to SERAP: “Declarations of assets are constitutional commitments imposed only on public officers, and made by virtue of occupying entrusted public positions and offices. Therefore, details provided in any such asset declaration forms are public information, and not private information.”

SERAP said: “Also, the National Assembly, having been constitutionally vested with power by paragraph 3[c], Third Schedule to the 1999 Nigerian Constitution, to make laws on this subject matter, has since prescribed the mode for inspection of asset declarations by passage of Freedom of Information Act in 2011.”

SERAP also said: “That’s why we’re going to court to challenge the decision by the CCB denying our FOI request, and refusing to provide details of asset declarations by presidents and state governors since the return of democracy in 1999. Make no mistake: The CCB’s refusal to disclose these details is a breach of settled constitutional and international principles, plain and simple.”

It would be recalled that SERAP had in its FOI stated that: “While we welcome the judgment by the Code of Conduct Tribunal on Justice Walter Onnoghen, we now urge the CCB to extend its mandates to enforce constitutional provisions on asset declarations by public officers to cover elected officers and to vigorously pursue the prosecution of any such officers who use their powers either as presidents or state governors over public funds to enrich themselves.”

The FOI request read in part: “While judicial corruption is bad, the level of corruption involving many politicians since 1999 and the entrenched culture of impunity of perpetrators is equally appalling. Publishing the asset declarations of elected public officers would improve public trust in the ability of the Bureau to effectively discharge its mandates. This would in turn put pressure on public officers like presidents and state governors to make voluntary public declaration of their assets.”

“SERAP is concerned that many politicians hide behind the fact that members of the public do not have access to their asset declarations to make false declarations, and to cover up assets illegally acquired in corruption or abuse of office. The CCB can use the opportunity presented by the Onnoghen judgment to increase the accountability of politicians through the asset declaration provisions if it is not to be accused of witch-hunting the judiciary.” 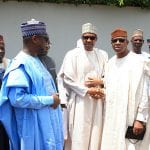 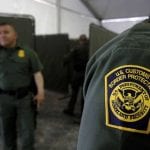