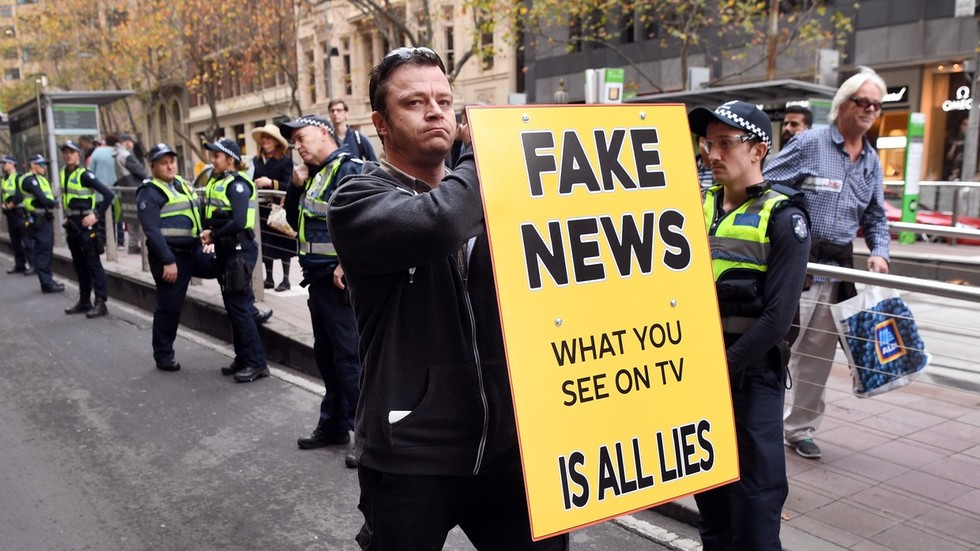 Share
A new poll in the United States has found that more Americans feel threatened by the creation and spread of fake news and misinformation than terrorism, violent crime, or illegal immigration.

Half of all Americans see made-up news as a bigger problem than other key security issues, a Pew Research Center poll published Tuesday has found. Though drug addiction and affordability of healthcare remain the biggest issues in the American consciousness, “made-up news and information” beat out violent crime, climate change, racism, illegal immigration and terrorism in the survey.

More than two thirds – 68 percent – say fake news shakes their confidence in government, 54 percent say it weakens their trust in each other, and 51 percent say it impacts political leaders’ ability to “get work done.”

Respondents blame political leaders and activists for much of the fake news circulating, but say the onus is on journalists to correct the problem.

Fake News
Share
Subscribe to our newsletter
Sign up here to get the latest news, updates and special offers delivered directly to your inbox.
You can unsubscribe at any time