The Day In Pictures: Sanwo-olu in Ajegunle, visits family of LASTMA officer killed in line of duty 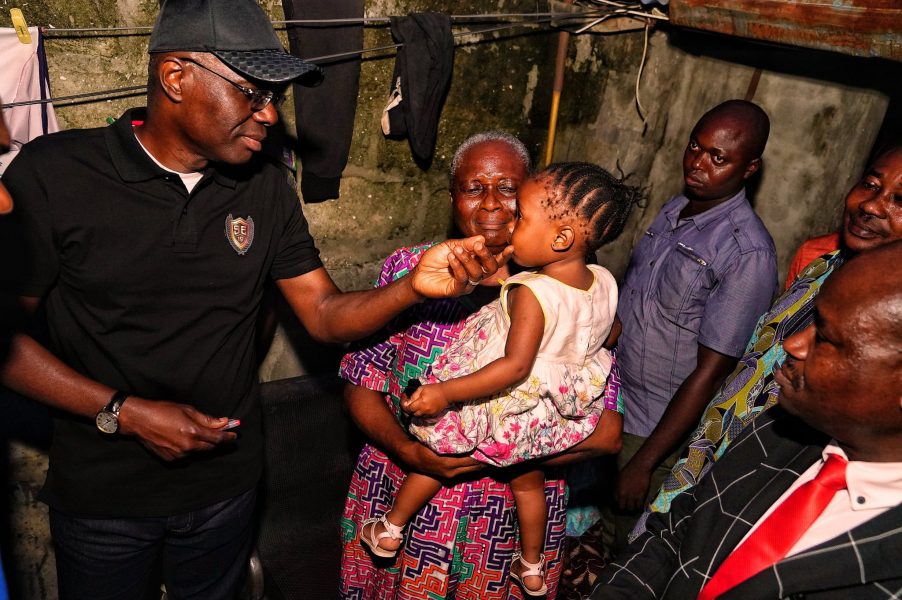 Lagos governor Babajide Sanwo-olu and his deputy Femi Hamzat was in Ajegunle to condole the family of late Mrs. Folasade Arogundade, a LASTMA officer who lost her life in the line of duty this past week.

The late LASTMA official was part of the team drafted to Apapa environ to ensure the evacuation of articulated trucks from the road with a view to restoring sanity and orderliness in the area.
She was overseeing the evacuation when a truck that was put on the reverse gear by its driver hit her, while the driver fled the scene.
“I saw when the truck hit her while it was reversing. The back of the vehicle knocked her down and the back tyres crushed her, said an eye witness.

The 33-year-old Arogundade was survived by her two-year-old daughter, husband, mother and grandmother.

AjegunleFemi HamzatLagosLASTMAMrs. Folasade ArogundadeSanwo-olu
Share
Subscribe to our newsletter
Sign up here to get the latest news, updates and special offers delivered directly to your inbox.
You can unsubscribe at any time