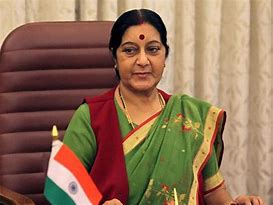 Five Indian sailors have been abducted by pirates in Nigeria last month and External Affairs Minister Sushma Swaraj has asked the Indian high commissioner there to take up the matter at the highest levels of the Nigerian government to ensure their release.

She also asked Indian ambassador in Nigeria Abhay Thakur to send her a report on the matter.

“I have seen news reports about abduction of five Indian sailors by pirates in Nigeria. I am asking Indian High Commissioner to take this up at the highest level with Government of Nigeria for their release,” Ms. Swaraj tweeted.

“I have seen news reports about abduction of five Indian sailors by pirates in Nigeria,” tweeted Swaraj on Monday.

The minister’s tweet comes days after media reports suggested that pirates had abducted five Indian sailors last month and took their ship MT Apecus in Bonny Outer anchorage in Nigeria. Their families also tweeted to the Indian commission in Nigeria, saying they were unable to contact the sailors.

Earlier, Bhagyashree Das, wife of one of the abducted sailor Sudeep Kumar Choudhury, appealed to Ms. Swaraj on Twitter saying her husband has been kidnapped from the MT APECUS (IMO 733810) vessel.

“@SushmaSwaraj ma’am plz look into this matter. It’s been more than 10 days and yet no updates on this. We even don’t know where and how they are! We are eagerly waiting for your reply! We have faith and hope on you and I am sure you won’t disappoint us. Plz save my husband,” she tweeted on April 29.

In her another tweet on April 30 tagging BJP spokesperson and former MP from Odisha Baijayant Jay Panda, Bhagyashree wrote: “@PandaJay Sir Plz help us to save my husband, Sudeep Kumar Choudhury 3rd Officer Merchant Navy, who has been kidnapped along with 4 other Indians from vessel, MT APECUS(IMO 733810) anchored off Lagos, Nigeria on 19.04.2019. Require ur early & urgent intervention into this matter.”

The Indian mission in Nigeria wrote back to her saying the officials are in touch with the Nigerian Navy and police for the past 10 days.

The High Commission also said that the “concerned parties” (the abductors) have made initial contact. Indi 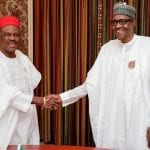 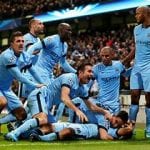