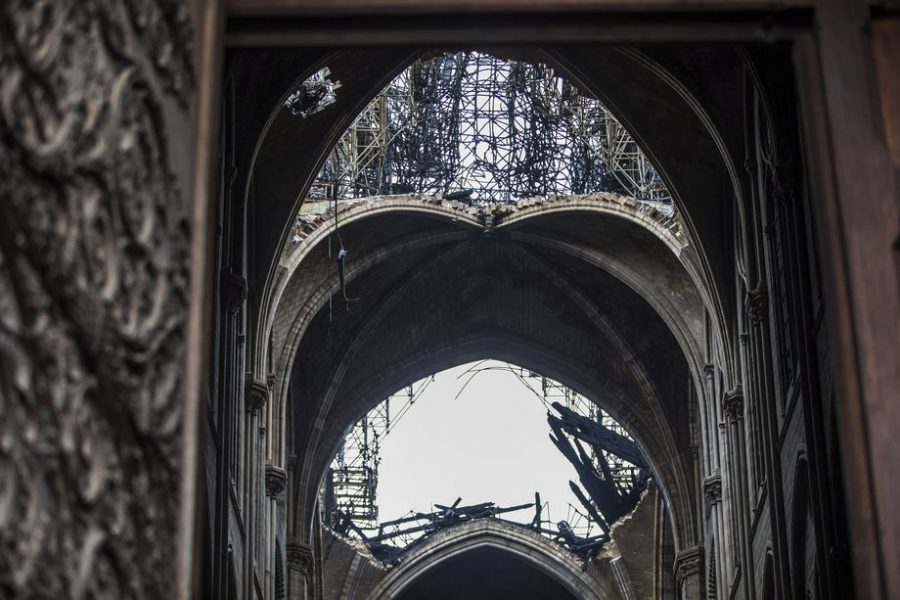 French President Emmanuel Macron declared on Tuesday that Notre Dame Cathedral, which suffered extensive damage in a massive fire Monday, will be rebuilt in five years and will be “even more beautiful than it was.”

“We will rebuild Notre Dame even more beautifully and I want it to be completed in five years,” Macron said in a televised address to the nation. “We can do it.”

Macron’s comments came one day after a fire raged through the cathedral for more than 12 hours, ultimately destroying its spire and roof but sparing its twin medieval bell towers. As the blaze roared, there was a frantic effort to rescue the monument’s “most precious treasures,” including the Crown of Thorns said to have been worn by Jesus.

Also surviving was the Roman Catholic cathedral’s famous 18th century organ that boasts more than 8,000 pipes. Statues removed from the roof for restoration just days before were spared. The cathedral’s high altar was damaged by falling debris when the spire collapsed, an official said.

Although authorities consider the fire an accident, possibly as a result of restoration work at the global architectural treasure that survived almost 900 years of French history, Paris prosecutor Remy Heitz said the inquiry into what caused the fire would be “long and complex.”

Fifty investigators were working on it and are expected to interview workers from five companies hired for the renovations to the cathedral’s roof, where the flames first broke out.

French President Emmanuel MacronNotre Dame Cathedral
Share
Subscribe to our newsletter
Sign up here to get the latest news, updates and special offers delivered directly to your inbox.
You can unsubscribe at any time

Barkindo, Momoh, Others Get EuroKnowledge Awards in London