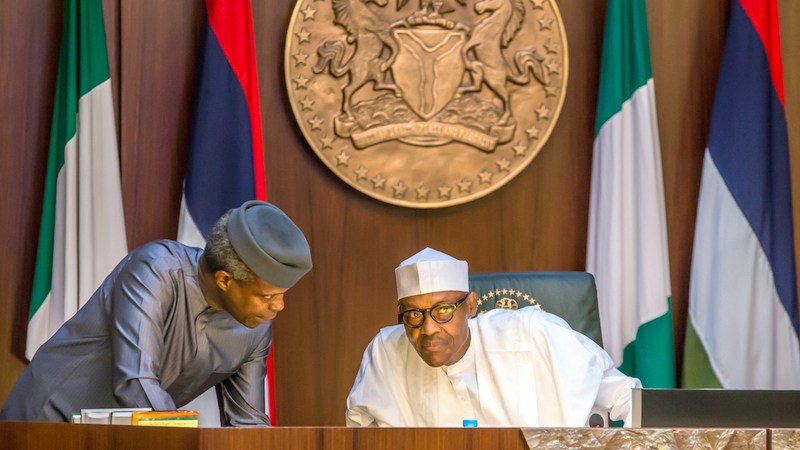 Nigerian economic growth rate is expected to reach 2.5 percent a year from now, up from projected 2.1 percent for 2019, amid multiple global challenges that contributed to weaken global economy in the half year of 2018, according to the International Monetary Fund (IMF).

These challenges, which are seen continuing on up to the first half of 2019, will slow down growth in 70 percent of the world’s economies, in IMF’s estimates.

The IMF, in a newly released World Economic Outlook (WEO) at its ongoing joint annual spring meetings with the World Bank, in Washington DC, indicated that growth in the sub-Saharan African economies is expected pick up to 3.5 percent in 2019 and 3.7 percent in 2020, signifying a 0.3 percentage point and 0.2 percentage point lower for 2019 and 2020, respectively, than in the October 2018 WEO.

“A year ago, economic activity was accelerating in almost all regions of the world. One year later, much has changed,” Gita Gopinath, IMF’s Economic Counsellor and Director of the Research Department, who who presented the WEO report said on Tuesday.

According to her, escalated US–China trade tensions, macroeconomic stress in emerging markets such as Argentina and Turkey, disruptions to the auto sector in Germany, and financial tightening alongside the normalization of monetary policy in the larger advanced, are seen as restricting global expansion last year, and are project to push down global economic growth up to the first half of 2019.

“With this weakness expected to persist into the first half of 2019, our new World Economic Outlook (WEO) projects a slowdown in growth in 2019 for 70 percent of the world economy. Global growth softened to 3.6 percent in 2018 and is projected to decline further to 3.3 percent in 2019.

“The downward revision in growth of 0.2 percentage points for 2019 from the January projection is also broad based. It reflects negative revisions for several major economies including the euro area, Latin America, the United States, the United Kingdom, Canada, and Australia,” Gopinath said.

Despite growth slowdown, the IMF sees the world’s economies recovering in 2020, and returning to 3.6 percent. The recovery, however, is seen as “precarious and predicated on a rebound in emerging market and developing economies, where growth is projected to increase from 4.4 percent in 2019 to 4.8 percent in 2020.”

Global economy’s recovering is seen hinged on “rebound in growth in Argentina and Turkey and some improvement in a set of other stressed developing economies,” subjecting any future growth to a “considerable uncertainty”, ahead of potential risks that may likely crop up in the near future.

Risks such as tensions in trade policy which “could flare up again and play out in other areas with large disruptions to global supply chains,” possible decline in systemic economies such as the euro area and China, as well as the continued “heightened” risks surrounding Brexit are seen as putting pressure on the world’s economic growth, slowing down advanced economies slightly in 2020, according to IMF.

“A deterioration in market sentiment could rapidly tighten financing conditions in an environment of large private and public sector debt in many countries, including sovereign-bank doom loop risks”, consequently, “growth in advanced economies will slow slightly in 2020, despite a partial recovery in the euro area, as the impact of US fiscal stimulus fades and growth tends toward the modest potential for the group, given aging trends and low productivity growth”, the IMF said.