Robbery In UAE and Visa restrictions on Nigerians, a blessing – Soyede 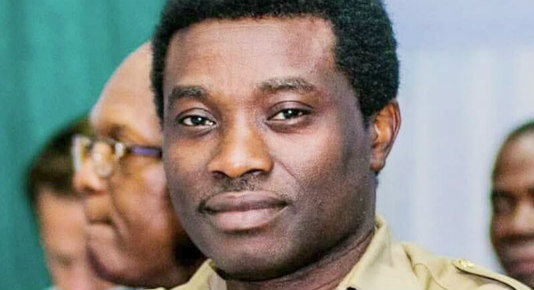 A Presidential candidate in the just concluded General Elections and an entrepreneur, Mr. Alistair Soyede has said that the unfortunate the robbery news in the United Arab Emirates by five Nigerians and the visa restriction on Nigerians is a blessing on the African most populous nation.

Soyede, who is also an entrepreneur said that while the robbery incidents has forced the UAE government to reduce tourism and visa period of Nigerians entering into the country from three to one month, the action remains a blessing to Nigeria, Nigerians and the government.

The entrepreneur turned politician also said that based on investigations, Nigerians spend between N450 billion to N550 billions in the UAE annually, adding that few years ago, more than 300,000 Nigerians visited the UAE spending more than N500 billion.

Soyede also said; “A rough guide indicated where the money was spent as: N15 billions on Visa,
N100 billions on flights, N180 billions on accommodation/hotels and N200 billions on what to buy, clothing etc as in shopping.

“Nigerians rush to UAE because of its proximity, relaxed and well organized activities among others compared to the Western nations for holidays, investment, religious freedoms and cheaper products on top of the easier processing of visas.”

The former presidential candidate also that Nigeria will now have its citizens spending lesser time in the UAE, adding that the development will help to boost the nation’s economy.

He therefore called on the Nigerian government to take advantage of the development and capitalise on this sudden break on tourism to the UAE for national development.

According to him; “In term of investments, Nigerians ranked second after India especially in the property market. This incidence will also help the Nigerian government to seal and deal more precisely on insecurity and what needs to be done to criminals without delay.

“What we are going to see is the opportunity to gain from the shorter stays which will be to our advantage allowing the country to capture the unspent fund.”

He therefore called on Nigerians, particularly those with the means, to use their resources to help mentor, guide and counsel our youths and those with entrepreneurial skills to achieve higher success and productivity with their times and avail-abilities to avoid further such negative incidences.