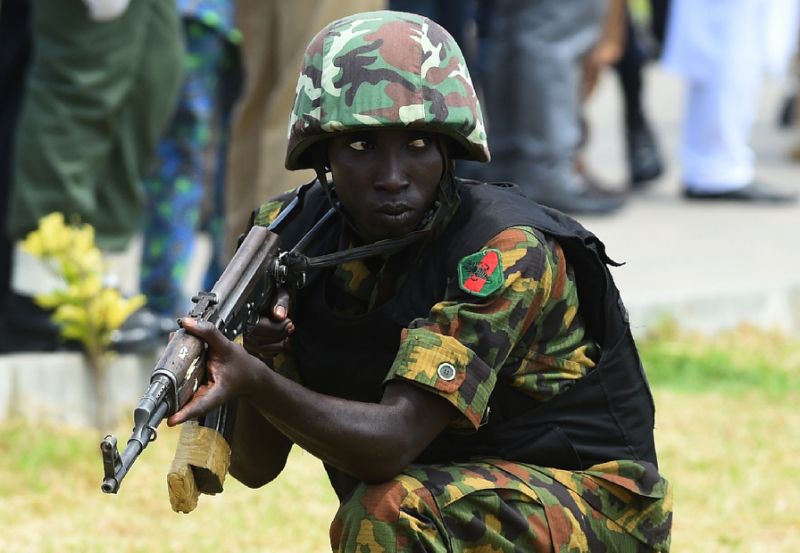 Amidst a growing chorus of condemnation of the Army’s actions during the elections in Rivers state, Colonel Aminu ILiyasu, Deputy Director Army Public Relations, defended the role of the Military and stood by the controversial actions of NA’s 6 Division of the Army.

” Headquarters 6 Division Nigerian Army (NA) have observed with dismay and sense of betrayal in the statement made by the Independent National Electoral Commission (INEC) signed by its National Commissioner and Chairman Information and Voter Education Committee Festus Okoye Esq on 15 March 2019, he said in a statement Monday.

What the Army said:

It is however pertinent to note that, representatives of the 6 Division met with the Fact-Finding Committee on Tuesday 12 March 2019 at the INEC Headquarters in Port Harcourt and had honest discussions and made a written submission to aid the Committee in its task. Regrettably, none of the Division’s input form any of the findings of INEC as made public. This clearly indicates lack of trust by an institution that the NA sacrifices so much to assist in the course of performing their role.

What INEC failed to mention or even consider is the fact that at about 10:30 pm on Saturday 9th March 2019, troops of 6 Division NA detailed at the outer perimeter of Obio/Akpor Local Government Headquarters Collation Center were brazenly attacked by Governor Wike’s security aides and armed thugs who stormed the collation center with the Governor in a convoy of more than 50 vehicles while collation of results was going on. In the ensuing melee, Captain Adams Salami was shot at close range by the security aides of Governor Wike while Corporal Adeosun Adebayo was matcheted by Governor Wike’s thugs. Both victims are currently receiving treatment at University of Port Harcourt Teaching Hospital (UPTH) Intensive Care Unit and Military Hospital Port Harcourt respectively with life threatening injuries. Thereafter, election materials were carted away and electoral officials abducted by the Governor’s thugs to an unknown destination. This was made known to the INEC Fact-Finding Committee but INEC does not see it worth condemning or mention in its report.

Consequently, after due consultations and considerations between 6 Division and the Rivers State Police Command on Sunday the 10th of March 2019, the Rivers State Police Command, on their own, – took the initiative to invite the media to the hospitals where the 2 victims are receiving treatment and thereafter to host a press conference on the matter with the view to dissociate itself from the unprofessional conduct exhibited by their men attached to Wike and tell the public what disciplinary action the command will take or is already taking. However, while the visit to the victims was accomplished and the 2 victims interviewed by the media, the press conference was aborted by the Police after journalists have been assembled.

Coincidentally, a rescheduled press conference on the matter was also aborted on Thursday the 14th of March 2019. Most disheartening is that while the Rivers State Police Command accepts the involvement of their personnel in the attack at Obio/Akpor LG Headquarters, till date those personnel have not at least been reprimanded.

To this end, – in the circumstance, – the 6 Division NA as a stakeholder in the 2019 General Elections takes exception to the lopsided and therefore unfair INEC report and is hereby strongly and totally rejected by the NA.

The Division is equally disappointed with the attitude exhibited by the Nigerian Police in this regard and hereby request the police leadership to commence full scale investigation of those security aides to Governor Wike that attacked troops at the Obio/Akpor LG Headquarters Collation Center and shot at Capt AA Salami with a view to appropriately sanction those found responsible/culpable. Until that is done, Headquarters 6 Division NA will have to review all existing joint activities with the Rivers State Police Command.

INECNigeriaNigerian ArmyRivers state
Share
Subscribe to our newsletter
Sign up here to get the latest news, updates and special offers delivered directly to your inbox.
You can unsubscribe at any time