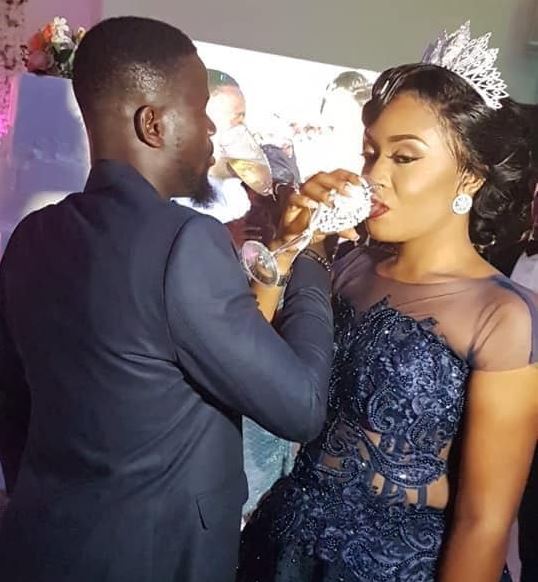 Eboue married his ex-fiancee, Stephanie Boedé, whom he left behind after moving from local team ASEC Mimosas to Europe where he played with football clubs such as Galatasaray, Sunderland, and Arsenal.

According to reports from Abidjan, the event was held at the Hotel Communal de Cocody in Abidjan.

Eboue was in the news two years ago for being broke after a bitter divorce with Aurelie Bertrand.

The former Ivorian international in an interview in the UK, said that his former wife stripped him of all his assets. The 34-year-old said the divorce drove him to the brink of suicide after his wife, Aurelie, allegedly took everything he had including their three children, mansion, cars and their first house in North London where he was ordered by a court to surrender ownership.

He recalls the time last March that he was so desperate to watch his former club in action against Everton that he disguised himself and headed to his local pub in Enfield. 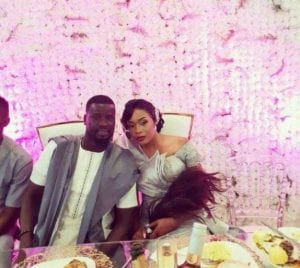 “I covered my face and I went there.” he said. “I was surrounded by Arsenal fans but they didn’t know it was me.

“I sat, I took a beer and I watched the game. But I kept my hood over my head and I hardly raised it because I knew that the Arsenal fans would recognise me.

‘Prince Harry helped me through my depression’ reveals Emmanuel Eboue

“I can’t afford the money to continue to have any lawyer or barrister. I am in the house but I am scared. Because I don’t know what time the police will come. Sometimes I shut off the lights because I don’t want people to know that I am inside. I put everything behind the door.

“My own house. I suffered to buy my house but I am now scared. I am not going to sell my clothes or sell what I have. I will fight until the end because it is not fair,” Eboue was quoted by the Sunday Mirror.

In the wake of his troubles, renowned Ghanaian Fetish Priest Nana Kwaku Bonsam last year made a shocking revelation that Emmanuel Eboue was cursed by the same ex-girlfriend he failed to marry.

Witch Doctor Kwaku Bonsam speaking exclusively to Kasapa Sports on Kasapa102.5FM disclosed that Eboue’s woes in his career and even after football is due to the disappointment he caused his Ivorian ex-girlfriend years ago when he became a mushroom in his football career.

“Emmanuel Eboue is cursed by his ex-girlfriend and let me tell you that Eboue’s woes and downs in his life is as a result of the curse by his Ivorian ex-girlfriend whom he promised to marry but disappointed and dumped her so painfully.

“In fact the girl did so much for Eboue but it was unfortunate Eboue caused so much emotional pain to her and ended the relationship without any tangible reason. Eboue must be quick and render an unqualified apology to his ex-girlfriend or else what he is going through will worsen” Kwaku Bonsam told Kasapa Sports. 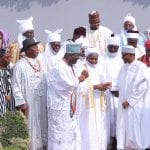