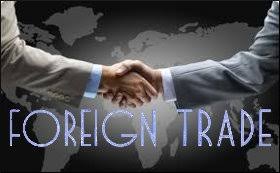 Share
The Nigerian data body, National Bureau of Statistics (NBS), said the country recorded a total trade value of N32.26 trillion year-on-year in 2018, representing 39.3 per cent increase over the corresponding period in 2017; while the trade value for 2017 stood at N23.16 trillion.

The volume of total merchandise trade in 2018 was the highest recorded since 2014, nearly double pre-recession levels, with the total trade merchandise standing at N8.60 trillion at the fourth quarter of 2018, compared to its value of N9.06 trillion recorded in third quarter of the year, accorinf to the Foreign Trade in Goods Statistics for Fourth Quarter of 2018 posted on NBS’ website.

Nigeria's foreign trade
Share
Subscribe to our newsletter
Sign up here to get the latest news, updates and special offers delivered directly to your inbox.
You can unsubscribe at any time