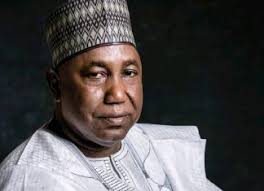 Senator Kabiru Gaya, representing the Kano South constituency of Kano State for the All Progressive Congress (APC), has hinted that the Independent Electoral Commission will be investigated over the postponement of the elections.

The Chairman, Senate Committee on Works, who was re-elected for the fourth time, said the postponement caused poor voters turn out, adding that in terms of resources and security, INEC had no excuse as all necessary provisions were made to ensure a smooth elections.

“I was not happy when they shifted the elections and I said still after shifting the election we will call them and we will investigate INEC for shifting the election because it caused poor turnout. We will find out the reason – if if is funding, we gave them enough funding, if it was issue of security, the security agencies were ready. So why should INEC shift the elections? We are going to investigate that when we come back after the governorship election. But generally they did what they could do, I would say, it’s a pass mark.”

“I remember, when I was inspecting one of the roads in Nigeria here, at that time, President Buhari was abroad, I said President Buhari will, insha Allah, commission that road in his first time and also in second term, he will do the second part of the road. People doubted me, but thank God, God has done it – President Buhari has ran for election and he has won the election.

“I am not surprise he won because he has done so much for this country. Take for example, in terms of road, I am the Chairman, Senate Committee on Works, so I know that the budget for the 2014 before President Buhari came in was N22 billion. But when he came into office the budget moved up to N220 billion and you can see now the budget is between N300 billion to N400 billion in 2019. Therefore, the roads that were neglected for 19 years are now motorable. Also, agricultural, the importation of rice has dropped from 100 percent to only five percent.

The INEC had on February 16th rescheduled the Presidential and National Assembly Elections to Saturday, February 23, 2019 while the governorship, State Houses of Assembly and Federal Capital Territory Area Council polls earlier fixed for March 2 would now be conducted on Saturday, March 9 2019.

INECKabiru Gaya
Share
Subscribe to our newsletter
Sign up here to get the latest news, updates and special offers delivered directly to your inbox.
You can unsubscribe at any time

Only those with integrity will make my next cabinet – Buhari