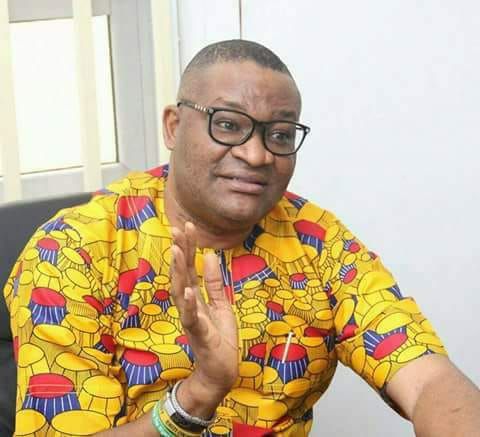 Before I go into the full text of this long awaited clarification going by the numerous calls from genuine supporters and indeed other categories of mischief makers, may I say that this is not a write up to justify, rationalise, apologise or convince anybody about my unambiguous position about the person of Atiku Abubakar (Waziri Adamawa) vis-a-viz his suitability and preference as the next President. I want to clearly state that this has not made me any less a true progressive, neither have I renounced my membership of the APC that I slaved for, going by my political trajectory that predates today’s APC through the days in the legacy parties that ultimately transformed into the APC.

First and foremost, through my eighteen years voyage in the murky, dangerous, predator infested murky sea of politics of the progressives, when the borders were clearly defined, I have never left the progressives side of the divide for once. The now trendy word ’’decamp’’, was nonexistent in my political lexicon and till date. Secondly, in spite of the above, my association with Atiku Abubakar, that dates to about twenty years has greatly contributed to who I have become.

Thirdly, at my age, I should be in a position to exercise reasonable liberty of choice. A lot of our leaders today at this age have been privileged to lead states as Governors, some have become Head of state etc and by reason of those positions, they have been in positions where they had to take rational decisions based on information, futurity, faculties etc. So I do not expect that at this stage and age of my life, I will not be expected to be able to exercise capacity to handle situations and take decisions deemed to be reasonable and in tandem with who I am. To those who see all actions peeping from the prison of their souls,  let me say I have not collected a KOBO from Waziri over the past 10 years, So there’s no financial gratification or expectation.

Fifthly and most importantly, there are several laws of life that I believe in and they kind of moderate and regulate my actions, and these have become part of my life. The Yorubas have a saying; You do not dip a stick into the eyes of your benefactor; the pigeon does not dine and wine with the pet keeper to take flight when the time is dire; When the farmer remembers you at home and sends you tubers of yam, you should be reasonable enough to make provision for salt for him on his  farm. I believe very strongly that my trajectory in life would have been different if God had not put Atiku Abubakar as a beacon on my way.

When I resigned  from my job as a banker to pursue my dreams, I know so many people who are still alive today that  turned their backs on me and some of the great ideas that will benefit me and humanity, what did I do? Nothing!! Until God brought Atiku Abubakar  Waziri Adamawa my way through Colonel Solomon Giwa Amu {RIP}, the then  ADC to President Olusegun Obasanjo, who made just a 4 minutes call that fateful day of September of 1999, and from that day till now God has been faithful.

BETWEEN THAT FOUR MINUTES CALL AND FIVE MINUTES WALK TO THE THEN VICE PRESIDENT ATIKU ABUBAKAR’S OFFICE, HUNG A DESTINY THAT WILL LATER AFFECT THOUSANDS POSITIVELY TILL THIS DATE. How many young men out there today are looking for people to just listen to their ideas and willing to support? And never found.

As somebody who believes in restoration of our pristine positive identity as defined by our values, the virtues inherent in good relationship must not be lost on good and sincere people, remembering that whatsoever you sow you shall reap, the question really is does goodness expire? Does benevolence fade and pale into insignificance with time? Should political consideration blight virtue of reliability that makes one a human being? For me I will uphold the tenets and ideals of a good relationship, this for me is the path of honor, what is life without the mark of honor? If politics is devoid of honor, how can the students in the political school of such thought serve the people with sincerity? if a beneficiary does not acknowledge and regard benevolence, how can such a person do right by the people who they are supposed to serve using the vehicle of politics? Today’s Politics does not pretend to operate from or have high moral standards, and so honor is the first casualty. For me I choose honor over and above the clamor to be politically right and fear of tomorrow. I will not lower any personal standards and fidelity to the pursuit of honor which is what the acknowledgement of those who have done me well and done well for me simply is.

Atiku never turns his back on anybody, and Nigeria is replete of thousands of such people from across the length and breadth of this nation, who got reprieve from the fiery darts of life at critical junctures in life. A real leader must have evidences of being a part of the solution story and transformation of many for good. I know him beyond being a political figure or a man seeking to be President.

Lastly, beyond my personal encounters and knowledge, I am also sure, Atiku is very competent, deeply knowledgeable, very informed, aware of things with and around him, and had always showed how prepared he is for the job since 1992. I was a part of two Presidential retreats that lasted for two weeks in the preparations for 2007 and 2011 Presidential race where all manner of local experts got together to work on his vision and he will personally be in attendance.

So for all those who expect that I will denounce and deride, I am not sure I will be able to deny somebody I know and what I and many others know and have experienced about his person. I believe political parties do NOT make anybody a good person, rather a critical mass of good people in any party make the party good. Character first and country first.

Atiku Abubakar (GCON,Waziri Adamawa) is a victim of the conspiracies and contradictions of the elite class, that is my opinion.

My choice cannot obviate my records in APC as a loyal party man, THE PARTY NEVER GAVE ME DIRECTIVES TO DO ANY OF THE THINGS MENTIONED ABOVE. I CHOSE TO BECAUSE OF WHO I AM, NOT THE PARTY I BELONG TO. I may be politically naive, but my conscience will never convict me for not living up to my moral obligation.

AT A TIME LIKE THIS, MAY GOD GIVE US MEN OF CHARACTER.

Edited for space by Edwina Ajuma Ogiri.
SHARE THIS ARTICLE 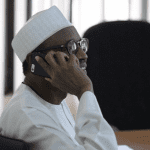 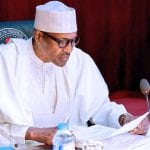