Saraki reveals what Tinubu told him about President Buhari 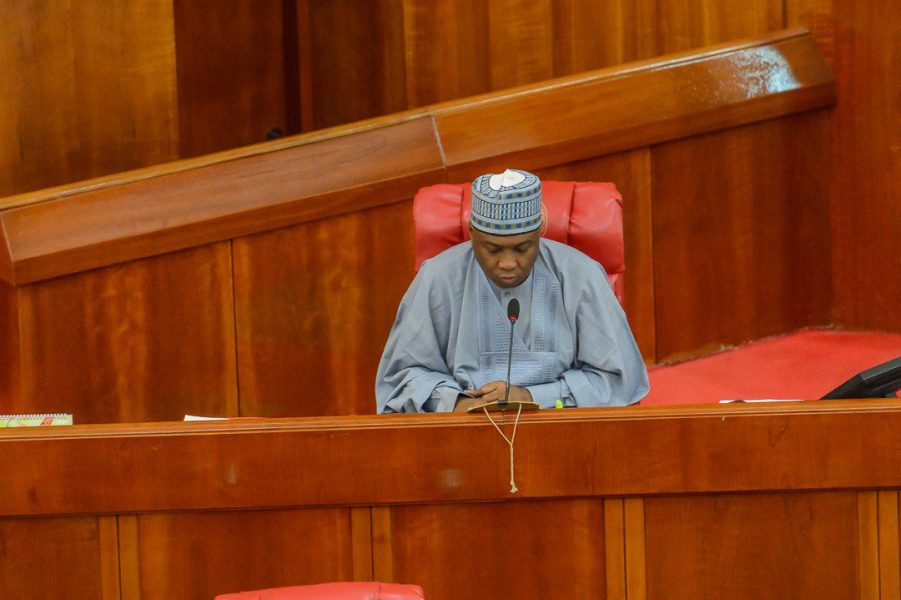 Senate President Bukola Saraki and former Lagos state governor Bola Tinubu, were not the best of buds during and after the 2015 campaign. But the two buried the hatchet before President Buhari took office —but both have been at loggerheads since Saraki became the Senate President.

In a statement Monday, Saraki revealed that Tinubu told him that he’s only supporting president Buhari to realize his own ambition of becoming president come 2023.

” Again, I supported President Buhari in 2015 because I believe he could make a positive change. I left the party when I realized he lacked the capacity and the desire to make any change. “Tinubu on his own part said though he agreed with me about my assessment of the man, he would continue to support Buhari even if the man had to govern from the hospital stretcher because that is the way he (Tinubu) could become the President in 2023.

” So, while my position is premised on national interest, Tinubu’s is based on his personal interest and ambition.

All his life, he will continue to belly ache and nurse grudges over my opposition to the Muslim-Muslim ticket idea in 2015. As far as he is concerned, I stopped him from realizing his ambition then. However, I believe my action then and now is in pursuit of national interest.

“It is surprising that a man like Tinubu will be talking about morality and corruption. This is a man whose disrepute is known both within and outside Nigeria. This is somebody who personifies everything that is wrong with the Nigerian system. Well, I am not ready to roll in the gutter with him. Unlike them, I will stay on the issues that are germane to national development and the welfare of our people.

However, let me make it clear that what Tinubu and his putative party chairman, Oshiomhole did today is to insult the people of Kwara State who are independent minded, forward looking, assertive and God-fearing. On Saturday, the APC will be punished for their bad behaviour. Kwarans will tell them that they cannot take dictates from power mongers, pretenders and hypocrites. The people of Kwara State will never take dictates from selfish individuals. Their evil design will be thwarted on Saturday and March 2”, Saraki stated. “They came to Kwara State to hurl insults at me and my people, instead of explaining to the people what they want to do differently and what contributions their flagbearers and other leaders in the State have made to our various communities to justify the people shifting their loyalty to their dying party.

They promised nothing concrete that will improve the standard of living of the people and provide infrastructure.

“They have only come to Kwara to vindicate my position that they have no good plans for Kwara State and its people. It is obvious that the APC have nothing to offer Kwarans. They represent nothing good for our people.

My problem with them has always been that after we worked with our people to support them to win in 2015, they refused to work on infrastructure and other policy issues that can bring direct benefit to our people.”

Saraki reveals what Tinubu told him about President Buhari
Share
Subscribe to our newsletter
Sign up here to get the latest news, updates and special offers delivered directly to your inbox.
You can unsubscribe at any time