Tulsi Gabbard to run for US president 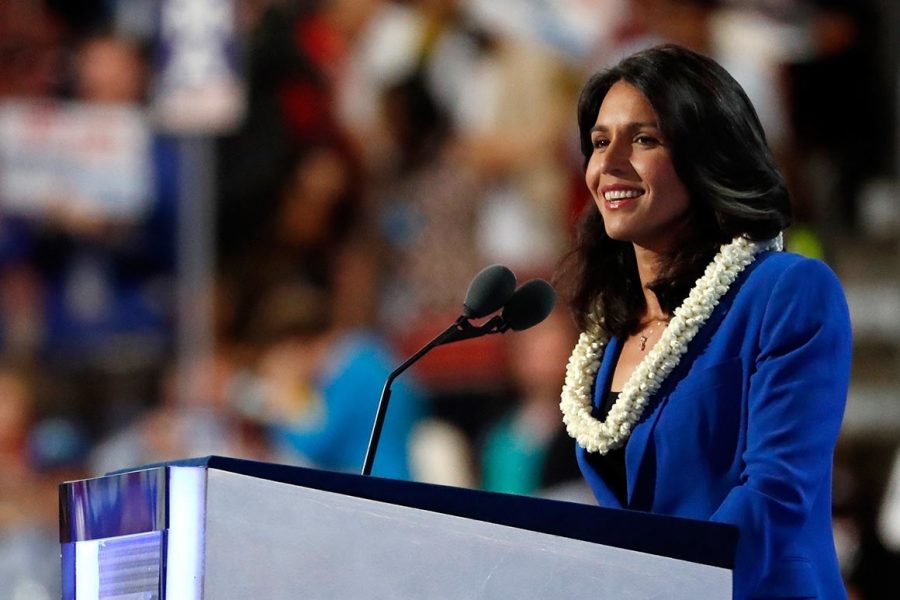 Rep. Tulsi Gabbard said Friday that she is running for president.

“I have decided to run and will be making a formal announcement within the next week,” she said during an interview on CNN’s “The Van Jones Show.”

Gabbard, a 37-year old combat veteran, has done little to hide her presidential ambitions. She recently made stops in both Iowa and New Hampshire and looked into hiring digital staff and speechwriters. She has also authored a memoir set to be released in May.

Late Friday, in a fundraising email, Gabbard said the reason she was running “has to do with an issue that is central to the rest — war and peace.”

The Hawaii Democrat’s entrance into the presidential primary field comes before an expected wave of similar announcements from higher profile candidates.

Gabbard will join a field that already includes former Rep. John Delaney of Maryland. Massachusetts Sen. Elizabeth Warren, who will be in New Hampshire this weekend, announced on New Year’s Eve the formation of a presidential exploratory committee. Julian Castro, the former San Antonio mayor and former Housing and Urban Development Secretary, has also formed an exploratory committee. He has an event scheduled for Saturday in his hometown, where he is expected to formally announce his candidacy.