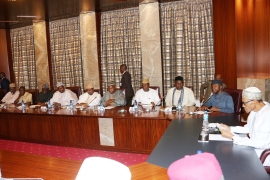 Governors who are to serve as State Coordinators in their respective states of the All Progressives Congress (APC) Presidential Campaign Council for the 2019 election, are conspicuously absent at the inaugural meeting currently holding at the State House Conference Center, Abuja.

The agenda is to consider and approve the structure and operational modalities of the campaign, President Muhammadu Buhari who is chairman of the council said at the opening before the meeting went into closed door.

In attendance are Bola Tinubu, the co-chairman of the campaign council, the APC National Chairman, Adams Oshiomhole who is the deputy chairmen of the council. 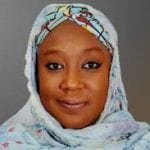 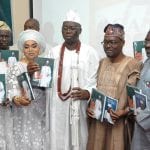