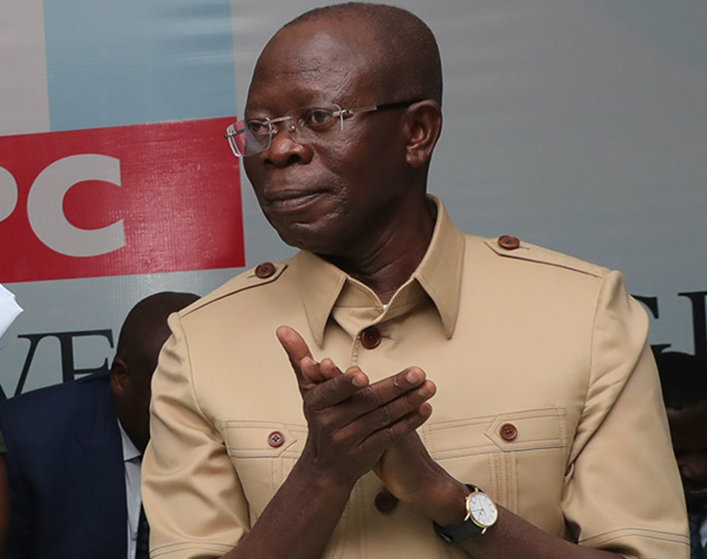 Ahead of Friday’s kick off President Muhammadu Buhari’s campaign for his re-election in 2019, the National Chairman of the All Progressives Congress (APC), Adams Oshiomhole, has described the Peoples Democratic Party (PDP), as a bad product that Nigerians will not be willing to elect.

Speaking to State House Correspondents Thursday after meeting with President Buhari at the Presidential Villa, Abuja, the PDP while in power behaved badly forcing Nigerians to kick them out before the 60 years they envisaged to be in power.

Oshiomhole who said campaigns will will flag off with the South South, beginning in Uyo, Akwa Ibom State, noted that despite the apology tendered by the PDP National Chairman, Uche Secondus to Nigerians, the people have still not accepted the apology.

Asked what are the chances of the ruling party in next year’s elections, the ruling party national chairman said, “Of course how can you ask what the chances are? If PDP was doing well after 16 years, they wanted to do for 60 but they were terminated, no employer will recall an employee dismissed due to gross misconduct and abuse of finances, you don’t recall the employee.

“I remember that the best Secondus had to say was that he was apologizing to Nigerians and I have not heard anybody say they have accepted the apology and people who have robbed you they don’t apologize and say allow me back into your store room, you don’t do that. So we are certain that even as we can’t talk of any perfect situation, nothing can make Nigerians get so confused as to think that yesterday there was mismanage and those who were at the heart of that mismanagement can be entrusted with providing leadership for tomorrow. I don’t think that is the question at all, PDP is out of this calculation as far as I am concerned. I don’t think Nigerians even in their moment … PDP is just not an option particularly when their candidate is not a new face, there is basis for benefit of the doubt, you can give benefit of the doubt to a stranger not to someone who was at the heart, perhaps one of the most powerful Vice President we have ever had. So I am clear that Nigeria will never ever have basis to give PDP the benefit of the doubt.”

On the campaigns he said, “Campaigns will start tomorrow (Friday) in Uyo, we are flagging off with the South South and it is going to be the first rally of the President and taking place in the South South is particularly significant. From all the feelers we have I think the people of Uyo and Akwa Ibom state are anxious to receive Mr. President and to hear the message. We are all in good mood.” 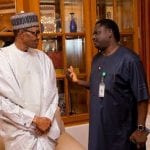 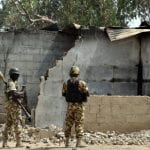