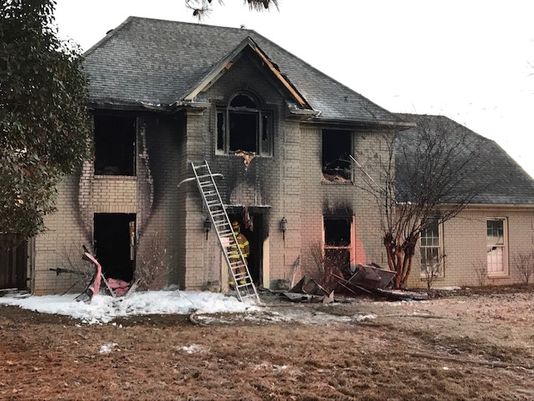 A fire killed a woman and three teens who were staying with her family through the holidays in a suburb of Memphis, Tennessee, friends of the family, said to USAToday.

Kari Coudriet — of Collierville, Tennessee — as well as Sharron, 17, Joy, 15, and Aaron, 14 — teen siblings of the Naik family from India — all died in the fire, a statement released by the Coudriet’s church, Collierville Bible Church, said.

Daniel Coudriet, Kari Coudriet’s husband, and their youngest son Cole survived the fire and were hospitalized in stable condition.

The Naik teens were missionaries in partnership with the church.

Keith Potts, who has known the Coudriet family for about four years, said he visited Daniel Coudriet’s hospital room Monday morning. Only immediate family was allowed to see Coudriet but Potts said he stayed to show support.

He described the family and friends at the hospital as “somber but supportive.”

Potts and Coudriet both coached for the United Soccer Club. Potts coached the girls’ team, while Coudriet coached the boys.

Another of Coudriet’s sons, who was not home when the fire broke out, played midfield on the team. Potts said Coudriet’s wife, who homeschooled the children, attended every game to support her son and her husband.

Potts said the Naik teens were attending school in Mississippi. When the school closed for winter break, the students couldn’t go home to India so the Coudriets invited them to stay in their home.

The statement from the church said their family is making travel arrangements to Tennessee.

Fire officials are still working to find the cause of the fire.

A neighbor who ran to the house to try to help the victims and a police officer also suffered minor injuries.

2019 Budget: Atiku has no solutions for Nigeria’s problems