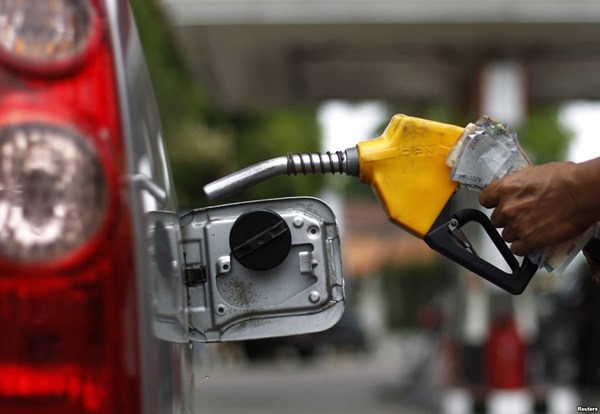 All Progressives Congress (APC), Senator Kabiru Marafa, representing Zamfara Central, has warned that if marketers are not paid the outstanding of N800 billion, the enemies of the present administration may cause disquiet that will result in the return of fuel queues.

The Depot and Petroleum Products Marketers Association of Nigeria (DAPPMAN) had last week suspended the shutdown depots across the country over the payment.

Marafa, who chairs Senate Committee of Petroleum Downstream, met President Muhammadu Buhari at the weekend to discuss the issue as well as the politics of this state.

He told State House Correspondents that “Basically, there are two issues. One is regarding the committee I chair in the Senate, that is the committee on downstream. There has been some disquiet in the industry regarding marketers’ payment with ministry of finance, DMO and the Central Bank, which we feel if not carefully handled, some enemies of the administration might bring about technical issues that could lead to queues on the line, especially government has provided enormous quantities of petroleum products across the country that can last the country up to six months through NNPC.

“So, some people are not too happy about it and they want to sabotage the efforts of the government.

Number two, on the political situation of my state. You know, to also tap on his experience of governance and may be conflicts resolutions and so on. We have had very good time and I got enormous advice on the way forward.”

On the threat by the depots owners to shut down, Marafa said the technicalities of payment were being discussed to prevent that from happening.

He said, “We are now talking of technicalities, there is fuel in the country, on our seas, in our depots all across the country. But there are some technicalities now regarding payment of subsidies, forex differentials and interest, which this government inherited. They are not a creation of this government. However, government is a continuum  and when the President came in he was confronted with it and he agreed and said fine I have stopped subsidy but since there are claims, we will look into it and pay.

“But now the bureaucratic nature of the computations is what dragged up to this time and depots owners are not too happy with what the ministry of finance has done and may be some other agencies. So, we have been on it in the Senate and the House of Representatives for almost two weeks now. Finally, today (Friday), I have had quality time with Mr. President and we have looked into the whole thing. By next week, we will invite all the stakeholders. I believe we should be able to get to the root of the matter. As far the depots owners we are going to plead with them again to give more time, especially now that we have discussed with the head of the executive arm of government. So, I’m sure everything will be resolved in the next few days.”

On the politics of his state as regards  governorship ticket, Marafa said, “We are still on. We are in court and hopefully we believe in the next couple of weeks, maybe two weeks from now, the courts will provide a way forward. We all know what happened and it be prejudicial now to start discussing the issues on pages of newspaper or television. We are on our way to an amicable resolution of the problems.”