APC to PDP: Apologise at zonal rallies, not campaign‎ 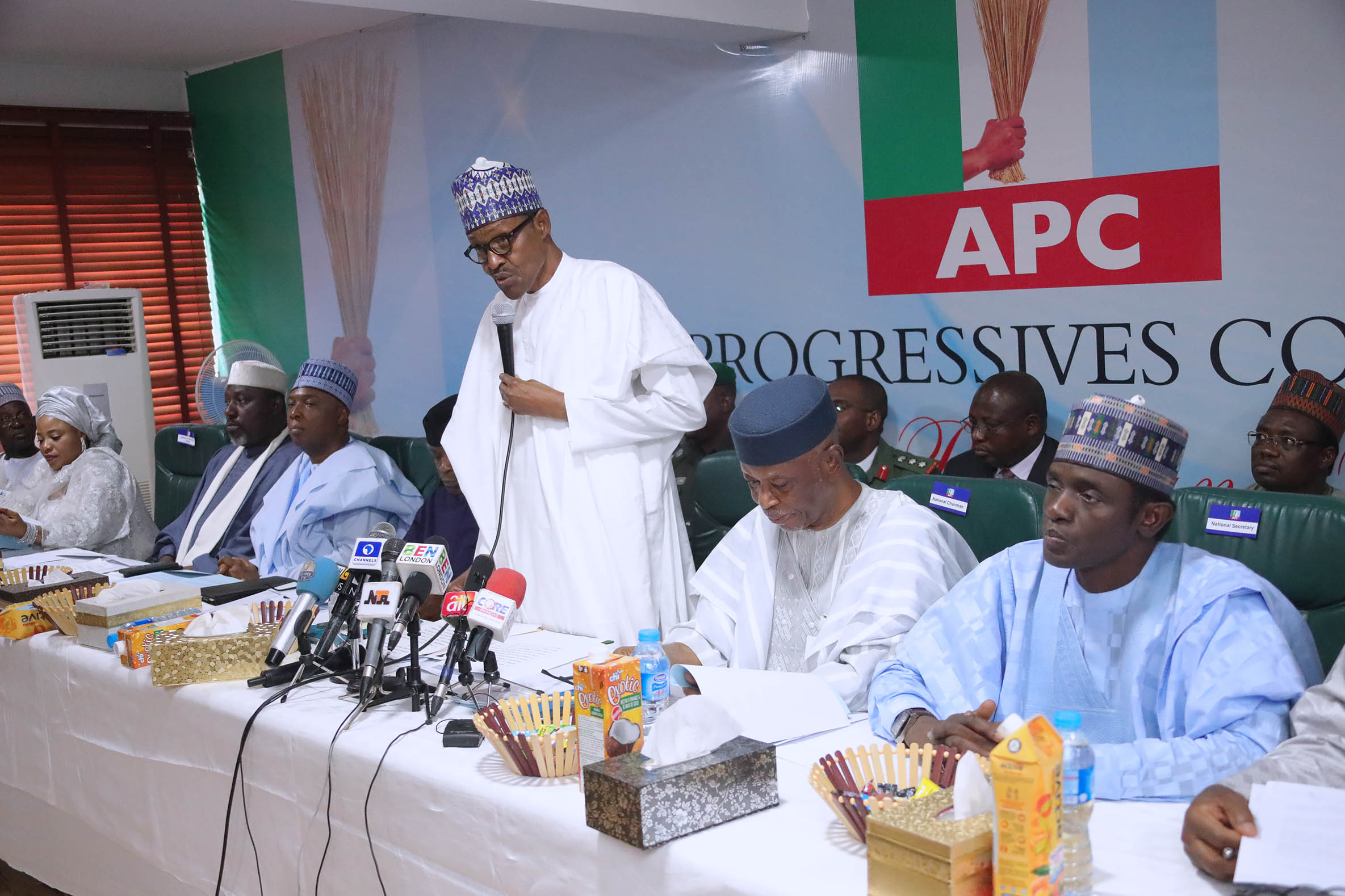 The ruling All Progressives Congress (APC) says the decision of the Peoples Democratic Party to embark on campaign at zonal rallies, instead of apologising for the damage allegedly done in sixteen years, is nothing but an affront against Nigerians.

‎‎‎Speaking with newsmen Sunday in Abuja, the APC National Publicity Secretary, Lanre Issa-Oniru, says his party expected PDP leaders to had visited all the zones and apologise, before jumping into rallies.‎‎

Meanwhile, the APC also revealed that two major issues will be at the heart of its campaign; the personality of the presidential candidate of the PDP and the numerous achievements of the current administration in the last few years.‎‎He stated: ‎”When we go out for campaign, we will be doing two things because this campaign for APC is about two issues. Character of persons who have come forward to say they want to rule us.

“We are going to bring character into focus. And for the candidates of the PDP, we won’t go too far stressing to review who you are, but the person you work with and under whom you work.”‎When asked on reason why his party is yet to constitute National Campaign Council, Onilu said: “Well, we don’t have any problem at all and we are very okay. Because campaign as you may know is just one aspect of it. There are many other platforms to engage with the people. Rally, is just one. ‎‎Expertiating on the personality of the PDP Presidential candidate, Atiku Abubakar, Issa-Oniru insisted that former president Olusegun Obasanjo is the best person to review his character.

He however, pointed out that the former president had already done so in his book which Issa-Oniru quoted copiously from. ‎‎”Obasanjo told us he found him to be a very unreliable person, somebody that is not trustworthy, that he found him to be somebody who compromises the system for personal gain. We have evidence to that and we must bring that to focus.

We must continue to thank former President Obasanjo, for being so patriotic to have alerted the country to the danger inherent in bringing somebody like former Vice President Atiku close to Nigeria’s assets and resources.”‎‎He said the campaign will avail the APC an opportunity to give account of its stewardship over the past three years in office. ‎He added: ”So, the campaign will be able stewardship and what we have used the 3 and half years to do. All the abandoned projects that we have fixed. The issue of diversification that for four decades and the 16 years of PDP became mere mantra and a reality.”
‎

APC to PDP: Apologise at zonal ralliesnot campaign‎
Share
Subscribe to our newsletter
Sign up here to get the latest news, updates and special offers delivered directly to your inbox.
You can unsubscribe at any time

Ladies of the Order of Knights of St. Mulumba, provides medical service equipment to aid healthcare delivery in Lagos State