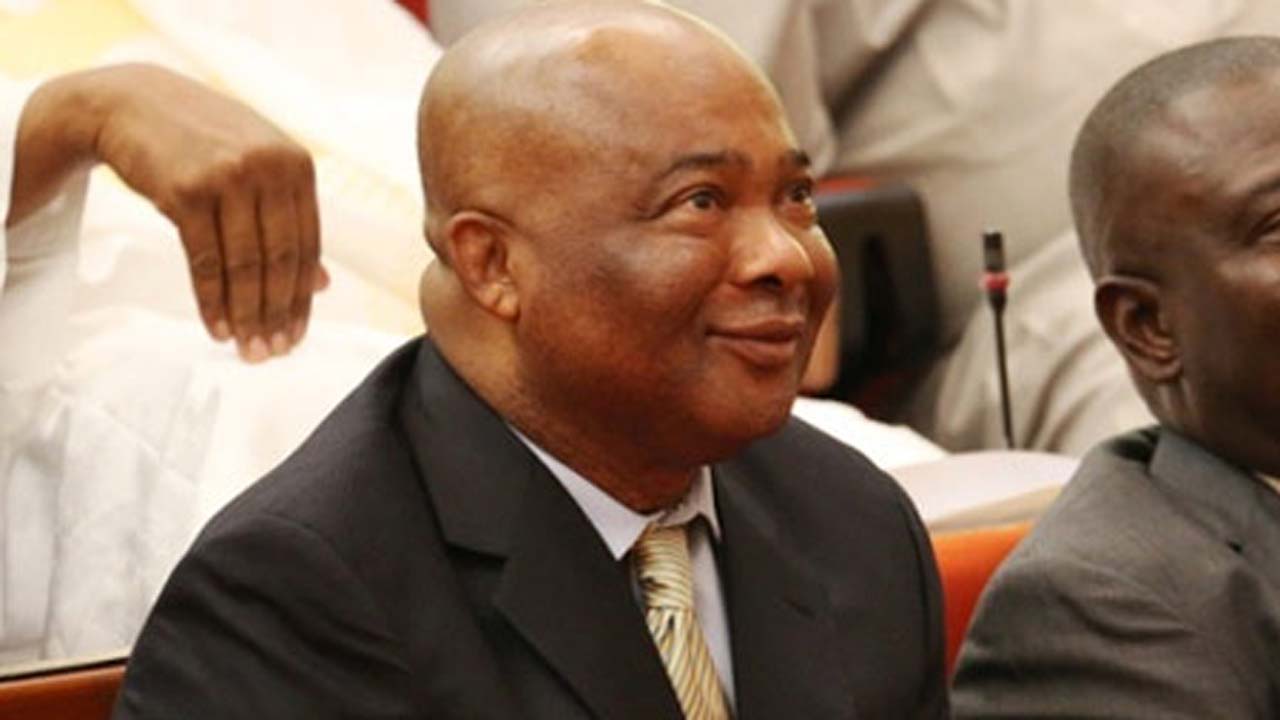 Share
By Sufuyan Ojeifo
Ordinarily, it would have been morally wrong for any political party in Imo State to field anyone from Orlu senatorial zone as governorship candidate in the 2019 election. Such choice(s) would not have accorded with the principles of equity, justice and good conscience. The reason is simple: Orlu zone has occupied the seat of governor for almost sixteen years since 1999.
Don't Miss

Nov 20, 2022
To be clear, Achike Udenwa from Orlu zone was governor from 1999 to 2007.  Ikedi Ohakim, from Okigwe senatorial zone, was governor from 2007 to 2011.  The incumbent governor, Rochas Okorocha, also from Orlu Zone, has been governor from 2011. His tenure will expire on May 29, 2019. The reality of this power arrangement has marginalised Owerri senatorial zone in the power game.
Watchers of political developments in Imo had expected Okorocha to use the enormity of his office to ensure equity by guiding the position to Owerri zone in 2019. What he should have done, in the circumstance, since he was possibly looking for someone who would give him protection once out of office, was to invest his trust in a member of his All Progressives Congress (APC), from Owerri zone.
But he decided to defy the political consciousness of the people by attempting to elongate the dominance of Orlu in the consummation of the ultimate governorship deal in the State. Perhaps, just perhaps, had Okorocha endorsed someone without filial connection with him from Orlu zone, someone with the requisite qualities, the people could have managed with that decision. Okorocha did not consider anyone, other than his son-in-law, Uche Nwosu, from Orlu, trustworthy enough to enjoy his huge support.
He unconscionably scorned the equitable path by discounting the right of Owerri zone. He imprudently resorted to the gambit of producing his son-in-law in what Imo people and watchers of the political development in the State have described as a brazen attempt to build Rochas Okorocha’s political dynasty in the State.
From the outset of the perfidious decision to install his son-in-law as his successor, prominent leaders of the APC in the State had indicated their revulsion.  The leadership of the APC and the Presidency, according to a grapevine, were also very much uncomfortable with the decision. They reportedly conducted independent assessment of the situation to determine the popularity of Okorocha’s decision and its ramifications if he succeeded in pushing it through. The outcome, as confirmed, would be disastrous for the APC.
A vast majority of Imo people had made up their mind that they would not vote for the APC if Okorocha foisted his son-in-law as the party’s governorship candidate.  But prior to the primary election, the APC in Imo had passed through a tortuous historical trajectory. There was protracted resistance within its fold. A coalition of party leaders started the resistance in the era of Chief John Odigie-Oyegun as national chairman.
The coalition took over the structure of the party from Okorocha. It is common knowledge that Okorocha was, at the time, running helter-skelter in Abuja in search for help. But for the new national chairman, Comrade Adams Oshiomhole, who intervened and returned the control of the party to him, Okorocha would have long been rendered politically irrelevant.  To be sure, the formidable coalition that took the wind off Okorocha’s sail comprised Senator Ifeanyi Araraume, Senator Hope Uzodinma, Senator Ben Uwajumogu, Senator Osita Izunaso and the State’s Deputy Governor, Prince Eze Madumere, among others.
Hardly had Oshiomhole made it possible for Okorocha to assume control of the party structure when he pushed ahead, this time round, more forcefully, about his son-in-law being his successor. Okorocha might have erroneously thought that Oshiomhole would be available to put his imprimatur on his odious plot to build a political dynasty in Imo. But, he was clearly mistaken!

Interestingly, before the internal opposition to Okorocha’s gambit became trenchant, Araraume had left the APC for the All Progressives Grand Alliance (APGA) where he picked the governorship ticket.  Senator Osita Izunaso had also left for APGA where he picked the ticket for Orlu Senatorial Zone.  He will be contesting against Okorocha who holds the APC ticket in the zone.
The withdrawal of Araraume and Izunaso from APC somewhat discounted the strength of the internal opposition against Okorocha, but it is to the credit of Senator Uzodinma that he remained in the APC to challenge the imperial and incumbency powers of Okorocha.  Uzodinma practically snatched victory from the jaws of political death, which the confrontation with Okorocha typified. He survived against the limitless resources at the disposal of the State Government under Okorcha’s suzerainty.
By that development, APC has been saved from Okorocha’s stranglehold.  Beyond that, too, Imo State has been saved from the looming superintendence by proxy that Okorocha and his burgeoning political dynasty would have foisted on Imo. Although, there are indications that Okorocha’s allies may have been prodded by him to move to another party while he remains in the APC on which platform he is contesting the senate election, it is clear that he is out to work against his party, the APC, and its governorship candidate, Uzodinma.
Regardless, Uzodinma remains the hope of the APC in the forthcoming governorship election.  The popularity and gravitas of the Onwa Oyoko(traditional title of Uzodinma) have soared in recent times after he clinically dismantled the famed political machine of Okorocha in a whiff of partisan frenzy and strategic political moves that have left the camp of the Owelle helplessly gasping for breath.
Indeed, the form, shape, texture and content of the governorship race in Imo have already crystallized: it is going to be a three-horse race among Uzodinma of the APC, Araraume of the APGA and Hon. Emeka Ihedioha of the Peoples Democratic Party (PDP).  Interestingly, the three of them are from Orlu, Okigwe and Owerri zones respectively. That configuration essentially reduces the race to a game of numbers.
Uzodinma’s Orlu Zone has the highest voter-population with twelve local government areas, followed by Ihedioha’s Owerri Zone with nine local government areas and Ararume’s Okigwe Zone with six local government areas. Traditionally, the votes from Orlu zone have always, somewhat, decided the winner of the governorship election.  It thus goes without saying that given the popularity and acceptability of Uzodinma by his Orlu people, he is most likely to get their support to retain the plum post in the zone.
The issue of morality that this is likely to throw up, in this extra-ordinary circumstance, will lose its defining essence. What will matter is the fact that Uzodinma has used his head to break the coconut, as they say in the local parlance, in the popular struggle that dismantled the opprobrious third-term dream of Okorocha through his vassal and son-in-law.
Uzodinma should thus benefit from votes from non-partisan voters for providing that leadership when it mattered most. His audacity to stop the perpetuation of an Okorocha political dynasty in Imo State, I believe, should be rewarded with the governorship mandate. There are also feelers that Uzodinma may have committed to a one-term governorship after which either Okigwe or Owerri zone would produce the governor.
The scenario painted above, in terms of garnering the majority of the votes in the election, may not be easy as it seems.  Much as Uzodinma will move into the two other zones to discount the support bases of the APGA and the PDP candidates, they will also move into Orlu to do the same.  What will count, over all, will be the magnitude of home support that each enjoys and the mutual fidelity to common political causes that the candidates and the people from their respective zone share.

APC’s Hope in Imo
Share
Subscribe to our newsletter
Sign up here to get the latest news, updates and special offers delivered directly to your inbox.
You can unsubscribe at any time