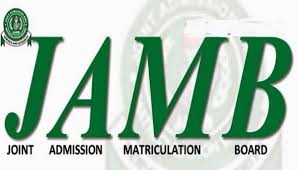 The Federal Executive Council (FEC), presided over by Vice President Osinbajo, has approved the lash of the cost of Joint Admissions and Matriculation Board (JAMB) application forms from N5,000 to N3,500, from January 2019.

The House of Representatives had in May urged the Federal Ministry of Education to slash the cost of Joint Admissions and Matriculation Board (JAMB) application forms.

The call had followed JAMB’s announcement that it remitted N7.8 billion to the federal government as proceeds from sales of Unified Tertiary Examinations (UTME) application forms in 2017.

The lawmakers had accused JAMB of becoming a “revenue generating agency”.

The Education Minister Adamu Adamu, who briefed State House Correspondents at the end of the three hours meeting on the memo he presented on the reduction of fees for JAMB, Senior Secondary and Basic Education Certificate Examinations, said the reduction followed the pleas from parents.

He said, “Since the new administration came into office and a change in management and prudent management by JAMB, we have been able to see that most of what have been charged doesn’t have to be because a lot of it have been siphoned by corrupt officials.

“So, in answer to yearnings my parents, Mr. President directed that we should look into the possibility of reducing the charges.

“As I said, our concerns is not to make money as such, we are not a revenue generating agencies. Since we found that JAMB has been able to bring into government coffers about N8 billion, we said we should relied the burdens on parents.

On if the reduction was as a result of the 2019 elections, Adamu said, “A good thing doesn’t have to have a reason. Whether it is because of election or not, I think parents deserve to have the fees reduced. And I think there is no better time to do a good thing than now.

FG slashes cost of JAMBNECO exams
Share
Subscribe to our newsletter
Sign up here to get the latest news, updates and special offers delivered directly to your inbox.
You can unsubscribe at any time