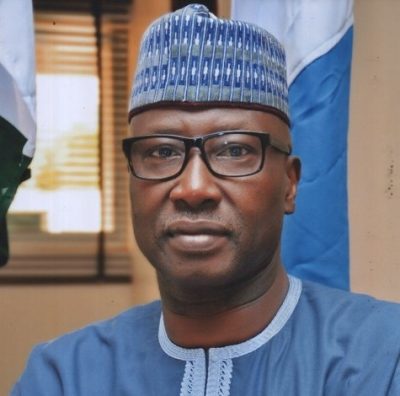 The Secretary to the Government of the Federation, Boss Mustapha has urged the South East to endorse President Muhammadu Buhari’s re-election in 2019 in order to secure their fate for the 2023 Presidency.

This is even as he has assured that the South East people are integral part of the country and would be accorded their appropriate place in the scheme of things.

Mustapha was fielding questions from State House Correspondents after the meeting between President Buhari and the South East Governors at the Presidential Villa, Abuja.

According to the SGF, the visit was remarkable and had corrected the impression that the Federal Government was not doing anything for the people of the zone.

According to him, “We received very high powered delegation today (yesterday) led by the Deputy Senate President, Ike Ekweremadu and three of their governors and a deputy governor with the DG of the forum of the Southeast governors and I think it is a remarkable visit because they came essentially to thank Mr. President over the major activities that have taken place in the Southeast.

“They appreciate the fact that the second Niger Bridge was a paper issue in the last five, six decades. They are convinced that the decision to complete the Niger Bridge is real, contract has been awarded by this government for N206 billion of investment and the road networks and other things we are doing in the Southeast, it is a mark of appreciation for the leadership that President Muhammadu Buhari is providing for this country

On whether President Buhari solicited the votes of the South East at the meeting, the SGF said, “This obviously might not be most appropriate time. You remember there was a programme in the Southeast where Mr. President asked me to represent him and I threw the kite by telling the Southeastern state that their quickest and easiest means to presidency is to support President Muhammadu Buhari’s second term.

“Meaning that they can short circuit the period in terms of only having him there for another four years and whatever they do in 2019 will determine what will happen thereafter because politics is a game of numbers and it is like a cooperative society.

“You can’t negotiate from the point of weakness and I believe that that message resonated with the people and their response now is attributable to the fact that even before the flag-off of the campaigns, we have laid it bare on the table for Southeastern states to consider the prospect of working with us to ensure that at least by the time President Buhari finishes his second tenure, they can make a shot at the presidency depending on what they bring to the table.”

SGF To South East: Endorse Buhari to secure 2023 Presidency
Share
Subscribe to our newsletter
Sign up here to get the latest news, updates and special offers delivered directly to your inbox.
You can unsubscribe at any time