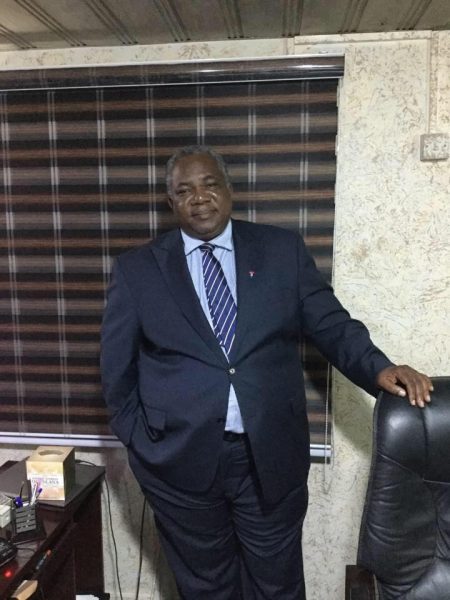 The national legal adviser of the All Progressives Congress (APC) has unleashed a major memo storm, calling out the chairman, Adams Oshiomhole’s abuse of power.

In an internal memo dated November 6 seen by TheCable newspapers and addressed to Oshiomhole, Ogala accused the national chairman of denigrating the party’s legal department.

He alleged that Oshiomhole had sidelined him and refused to consult him over issues his office are supposed to handle.

“I am constrained to put this memo and complaint in writing in the light of the repeated acts of usurpation and deliberate encroachment on my office and attempt to undermine my person,” Ogala said.

“You will recall that you have previously done this in two previous matters wherein you had purportedly without recourse to me briefed the Law Firm of D. D. Dodo & Co. in Suit No: FCT/HC/CV/9265/2018. Ugwumba Uche Nwosu Vs. APC & 1or. and you also without recourse to us debriefed the law firm of Adeniyi Akintola. SAN who had been briefed by the office of Legal Adviser.

“As if that was not enough, you procured a secretary in your office to depose an affidavit on behalf of the party wherein the deponent lied on oath that he had the authority of the party on depose to the said affidavit.

“The motion filed by the Law Firm of D. D. Dodo & Co. also told a lie that processes was served on the Legal Department in a certain suit No: FCT/HC/BW/CV/ 307/2018. Senator Hope Uzodinma vs APC & 2ors but that same was not brought to your notice.

“When I became aware of this aberration and falsity, upon your raising same at the National Working Committee meeting, I vehemently protested same and took serious exception to the encroachment whilst vowing to resist same,” he wrote.

“I also quoted copiously from the party constitution which clearly defines the duties of the national legal adviser and that of the chairman.”

“You accepted and did apologize to me at the meeting and I honestly believed that lessons have been learnt and moved on. You also subsequently called me on phone to meet you at the airport In Lagos for us to further mend the fences, after the intervention of our National Leader. I gave you the honour and assured you that all was over and moved on.

“However to my consternation. my office was served with a Memorandum of Appearance in Suit no: FHC/ABJ/CS/1107/2018. Senator Osita Izunaso & 2ors vs. INEC & 2ors. wherein the Law Firm of D. D. Dodo & Co. Is purporting to enter appearance for the All Progressives Congress (APC) In a matter that the Legal Department did not give them any such brief.

“We Immediately responded by writing a letter to the firm to let them know that we have no record of the brief to represent the party in the suit. They have since responded that they were briefed by one Godwin Yakwe who Is not a staff of the Legal Department.”

The legal adviser said the latest attempt to usurp his office was a move by Oshiomhole using Ibrahim Masari, national welfare secretary, according to The Cable.

APC National Legal Adviser Accuse Oshiomhole of blatant misuse of power
Share
Subscribe to our newsletter
Sign up here to get the latest news, updates and special offers delivered directly to your inbox.
You can unsubscribe at any time