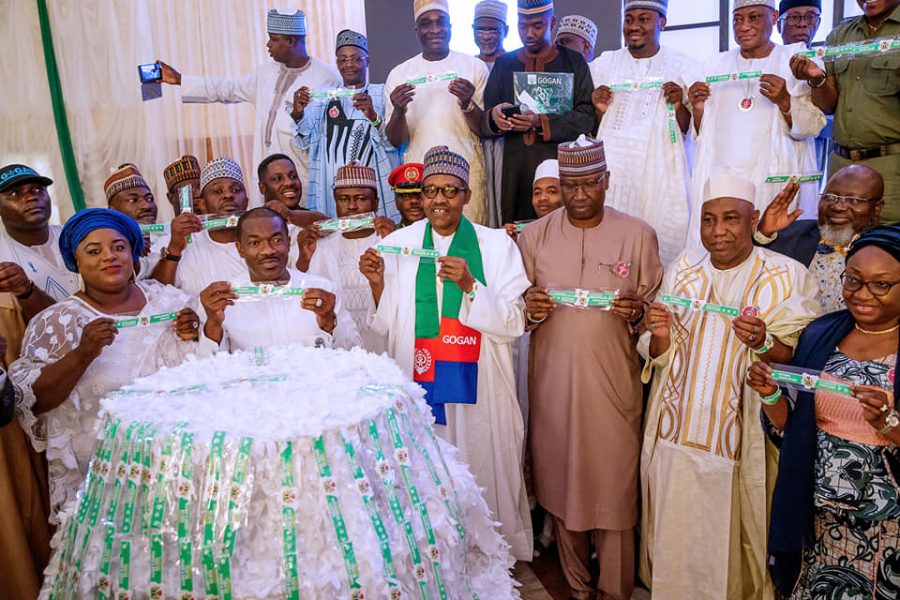 President Mohammadu Buhari has reiterated his commitment to peace and unity across the country.

“No nation can succeed without unity. Our nation has gone through turbulent times but by the grace of God we always emerge stronger, he said Thursday at the State House Conference Center, where he unveiled what is tagged “Buhari Unity Band” (BUB) as part of the activities to kick start his campaigns towards seeking reelection for a second term in office.

Speaking at the launch of campaign wrist bands organised by a group called Good Governance Ambassadors of Nigeria (GOGAN), Buhari expressed unhappiness with the prevailing threats in Nigeria ahead of the elections in February, he however assured that the country would emerge stronger despite the odds besetting it with the resolve by the citizens for a united nation.

The President said his administration was doing all it takes to promote togetherness as well as cement cordial relationship among Nigerians.

Campaigns for the 2019 general election will officially open on Sunday, according to the timetable presented by Independent National Electoral Commission (INEC).

The National Leader of the All Progressives Congress (APC), Ahmed Bola Tinubu,  Chairman of the occasion was represented by Senator Kabiru Gaya.

Others were Secretary to the Government of the Federation (SGF), Boss Mustapha,

Prince Arthur Eze, Mamma Daura, who are all patrons of the group, members of the National Assembly, the Federal Executive Council, Civil Society Organisations, members of the diplomatic Corps as well as Presidential aides.

GOGAN is a non-governmental organisation made up of patriotic Nigerians from all walks of life committed to entrenching the culture of hate for corruption.

2019 elections: I’m committed to peaceunity - Buhari
Share
Subscribe to our newsletter
Sign up here to get the latest news, updates and special offers delivered directly to your inbox.
You can unsubscribe at any time