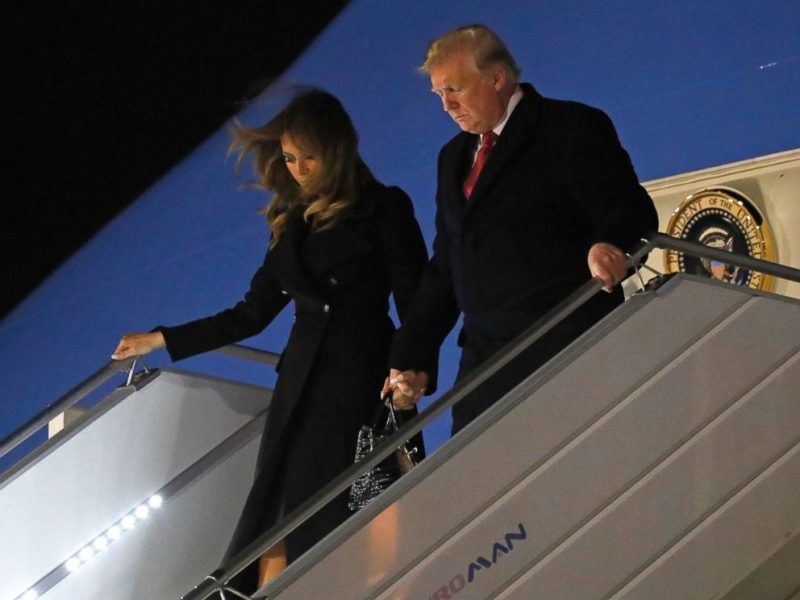 President Donald Trump arrived in Paris Friday night where world leaders are gathering to commemorate the centennial anniversary of the end of World War I.

Though the White House had previously stated the visit was intended to further solidify the U.S.-European alliance, immediately upon landing the U.S president fired off an angry tweet directed at his host French President Emmanuel Macron.

“President Macron of France has just suggested that Europe build its own military in order to protect itself from the U.S., China and Russia,” Trump tweeted. “Very insulting, but perhaps Europe should first pay its fair share of NATO, which the U.S. subsidizes greatly!”

The president appeared to be referring to comments made by Macron in a radio interview earlier in the week, in which he called for a “true European army” intended to “protect ourselves with respect to China, Russia and even the United States of America.”

Macron cited Trump’s recent announcement he planned to pull the U.S. from the Intermediate-Range Nuclear forces treaty with Russia as evidence that Europeans should direct more focus on protecting their own security interests.

“We need a Europe which defends itself better alone, without just depending on the United States, in a more sovereign matter,” Macron said.

fires off angry tweet directed at French President MacronTrump arrives Paris
Share
Subscribe to our newsletter
Sign up here to get the latest news, updates and special offers delivered directly to your inbox.
You can unsubscribe at any time