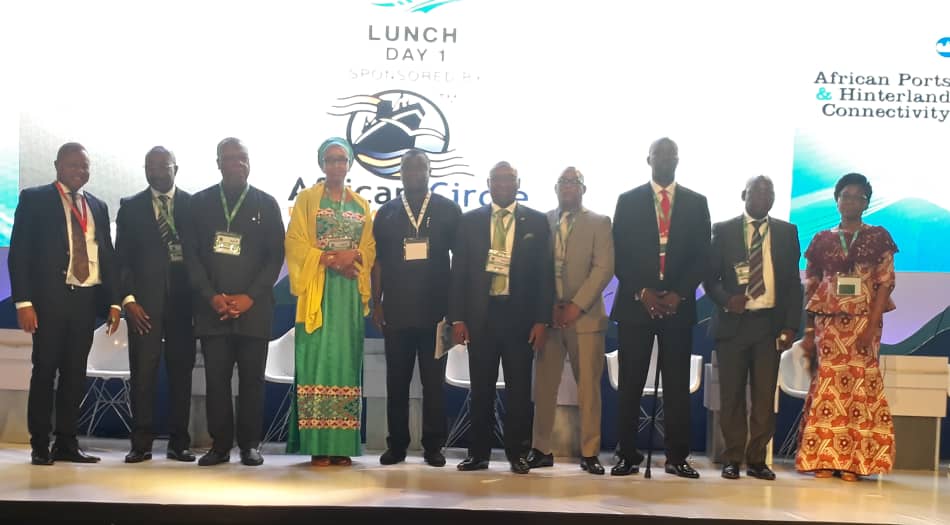 Share
The maritime sector through Nigerian Port Authority (NPA) is set to get improved infrastructural boost as Heritage Bank Plc revealed plans to provide financing for building critical maritime infrastructures and other aspects of transport sector projects once policies driving the projects are well structured.
“The government will need to develop policies that will manage infrastructure programmes and we as bankers will give support, said MD/CEO of Heritage Bank, Ifie Sekibo.

“We are sure we can support, and we are sure going to support,” he said.
Don't Miss

Sep 30, 2022
He added that the banking industry must stake in financing but we must have an understanding on what the industry wants.
He also stated that banks are willing to provide the necessary financing and support but the operators must be clear on where they are headed.

He said Heritage Bank decided to sponsor and attend the conference to understand the focus of the industry.
He also said the banks are willing to offer, and are working on the possibilities of developing long term loans with lower interest rates for operators in the industry.

Although “there is the cabbotage fund and shippers are taking advantage of it. We are still struggling with the kind of long term funding shippers need to attain the level of optimization they need and talk is in progress. We are engaging the relevant stakeholders to make sure we get loans at cheaper interest rates for them but that can’t happen overnight” he noted.

“The commercial rates today are in the neighbourhood of 20 to 23 percent but the cabbotage is between 9 to 13 percent interest rate. But how many of them have been able to borrow from the cabbotage funds given the requirements?” he queried.

He however added that the fund is even for just ship building, thus other aspects of intermodal transport infrastructure to decongest the ports will require external financing.
Speaking earlier, President Muhammadu Buhari advised that every port should have the complement of rail infrastructure.

“To complement the improvement in trade facilitation, we have improved on upgrading infrastructure. Our projection is that by the end of 2021, we will have standard gauge railway across the main North-South trading route.

He said the same level of serious attention is being given to the improvement of road infrastructure, even presently about 25 major highways and 44 roads are under construction across the six geo-political zones with simulation activities on Nigerian inland waterways. “Major inland river channels are being dredged with adequate channel markings for ease of navigation all the way through the Eastern and Northern parts of the country. That is the only way to go if we plan to remain competitive in the maritime industry,” the President disclosed.

“We have started test operations in Warri and other places two months ago. We have reconstructed some railways for standard gauge to further open up the nation’s hinterlands. With the development of dry ports in Kano and Kaduna, with direct rail connection, cargoes and containers now easily transmit to Northern Nigeria. This also extends to Chad, Niger Republic in our determination to promote transshipment of cargoes to Niger Republic.

“We are also partnering with the government of Niger Republic in the reconstruction of Maadi, Niger Republic, from Kano to promote regional motivation of trade,” he said.

The MD of NPA, Hadiza Bala-Usman, said that the development of the African continent was to a large extent, tied to optimal exploitation of its vast maritime resources.

To this, she said,  there was no doubt that Africa holds a special space in the global space with 39 of the 54 countries on the continent endowed with littoral assets.
The NPA boss, who is also the Vice President of IAPH, said critical factors for determining ports were the speed and seamlessness with which owners of cargoes are able to move their consignments out of the ports.
The MD of IAPH, Patrick Verhoeven, in his welcome address said improving hinterland connections is not merely a matter of hardware also investing in software, namely people skills and smart information technology.
” With 50% of Africa’s 1.2billion people under the age of 20 and a workforce of 504million expected by 2020, ensuring that the pet industry attracts the right talent as well as making best use of innovations in digitisation and the use of big data is of equal significance,” he stated.
Heritage Bank partners NPA to support improved ports infrastructure in maritime sector
Share
Subscribe to our newsletter
Sign up here to get the latest news, updates and special offers delivered directly to your inbox.
You can unsubscribe at any time