Stanbic IBTC Holdings Plc could likely issue up to 211.7 million ordinary shares of 50 kobo each as scrip dividend shares if shareholders opt to receive their first-half interim dividend in shares, according to its board of directors.

Board of the holding company disclosed in a regulatory filing at the Nigerian Stock Exchange (NSE) that the reference price to be used for the conversion of the cash-to-scrip shares option would be N47.75 per share, implying a total of 211.7 million shares for the N10.11 billion cash dividend.

The holding company said mid August that it was offering an interim dividend of N10.11 billion for the first half of 2018, representing interim dividend per share of N1, a 66.7 percent above 60 kobo paid for half year 2017. It will be recalled that shareholders of holding company passed a resolution at its  its extraordinary general meeting in August 2016 which allows them to either receive dividends from the bank in cash or as new ordinary shares up to 2020.

According to the NSE filing, “the reference price to be used in determining any scrip dividend allotment shall be the volume weighted average price (VWAP) of the company’s shares on the NSE for the five business days commencing on the day the ordinary shares are first quoted ex-dividend,” under the conversion program. Accordingly, “where a shareholder elects to receive the whole or a part of his dividends by way of new ordinary shares, such scrip shares shall only be allotted after receipt of any required regulatory,” it said. 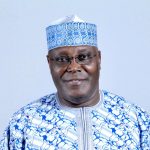