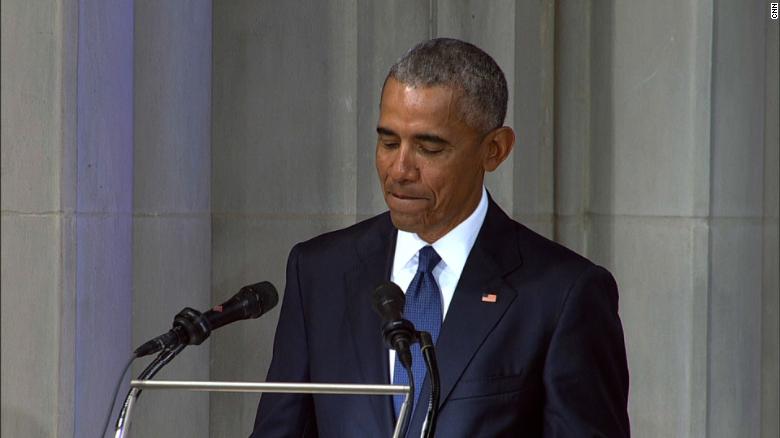 Former President Barack Obama remembered Sen. John McCain on Saturday as a feisty, irreverent and principled patriot who fought for his beliefs but always understood that democracy would not work if politicians stray from the truth or hew to political orthodoxy.

Obama said McCain “embodied so much that is best in America,” including his “largeness of spirit” and ability to find common ground with political opponents.

He recalled how McCain, earlier this year, had asked him and former President George W.Bush to deliver eulogies at his memorial service.

It was a “precious and singular honour,” Obama said, and one that showed McCain’s sense of humor.

“What better way to get the last laugh than to get George and I to say nice things about him to a national audience?” Obama said. 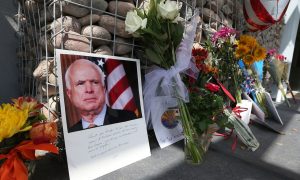 “John believed in honest argument and hearing other views,” he said. “He understood that if we get in the habit of bending the truth to suit political expediency or party orthodoxy, our democracy will not work. That’s why he was willing to buck his own party at times.”

He called the late senator “an extraordinary man — a warrior, a statesman, a patriot.”

Obama also spoke of his personal relationship with his 2008 presidential campaign rival, recalling private one-on-one conversations in the Oval Office where they would talk, share laughs, and discuss family and politics.

“Our disagreements didn’t go away during these private conversations,” he said. “They were real and often deep. But we enjoyed the time we shared away from the bright lights and learned from each other.”

The former president noted how McCain has often been described as a “maverick.”

“Trust me, I was on the receiving end of some of those votes,” Obama said. “But he did understand that some principles transcend politics. He considered it part of his duty to uphold those values.”

In his concession speech in 2008 at the Arizona Biltmore, McCain graciously spoke of the significance of Obama’s win as the first African-American to hold the presidency.

It was such gestures, said Obama, that reflected McCain’s true character and love of country.