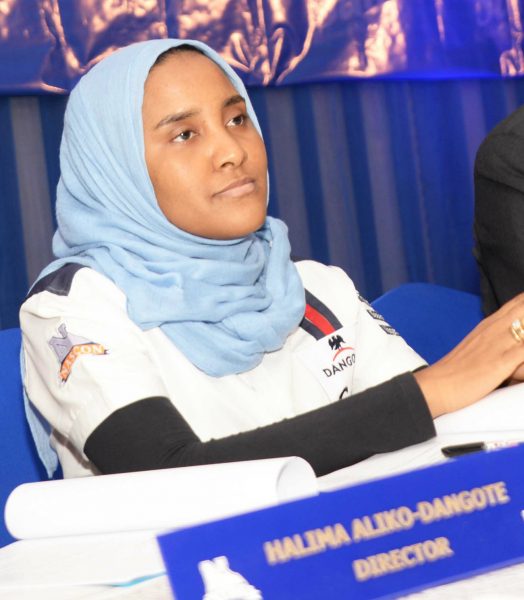 Given that  75% of the global workforce will be millennials by 2025, according to the Deloitte Millennial Survey and 13% of those will come from Africa, Halima Aliko-Dangote, the Executive Director of the Dangote Group, has asked that Africa and Nigeria in particular to diversify from service-oriented enterprises to manufacturing and agriculture in a bid to fast-track the development of the continent and better life for its nationals.

According to Dangote, African millennials are “large enough to influence consumer spending patterns; change consumer business models and impact the global economy. Most members of this generation are at the beginning of their careers and so will be an important engine for economic growth in the decades to come,” and it has become important to plan economic diversification around them.

“Economic sentiments have turned sharply since 2015. The general consensus across sub-Saharan Africa’s two largest economies is that lack of employment opportunities poses a very big problem amongst other key societal issues identified through the Sustainable Development Goals (SDGs).

“Despite these concerns, there is considerable optimism about the future, and millennials are increasingly getting more active in influencing and energising public opinion through social networks and creating mass movements. They are also actively leveraging digital fluencies to improve public sector accountability; address global societal problems and drive civil society engagement,” she said, while addressing the 58th Conference of the Nigerian Bar Association (NBA) in Abuja, on Monday.

According to her, “the Nigerian and African Millennials in this context although largely preoccupied with start-ups, business activities and professional success are also intensely politically and socially active through the social media.

“They are thereby gradually influencing the course and content of politics and the flavour of social and political life, and social activism through the broad reach, power and immediacy of the social media. They will eventually have to enter the political arena as potential political and business leaders formed in the digital age.

“To do this, Nigerian and African Millennials must deliberately ground their transformation efforts for national and continental advancement in a deep understanding, respectful and non-abusive appreciation of their cultural heritage,” she said.

Speaking on the conference’s theme “Transition, Transformation, and Sustainable Institutions” in her paper, “Roles of Millennials in Transition and Institution Building”,  the Dangote Group Director recognised the potential the African youth have in changing the continent, and spoke on how her company, which has interests in many African countries is position for the change.

According to her, the Group has over 15,000 direct employees. It provides indirect employment to tens of thousands of others who are engaged in activities relating to our businesses. Dangote Cement now has presence in 18 African countries – Nigeria, Ghana, Ethiopia, Tanzania, Cote d’Ivoire, Senegal, Cameroon, Liberia, South Africa, Kenya, Zambia, Sierra Leone, Congo, Zimbabwe, South Sudan, Chad, Mali and Niger.